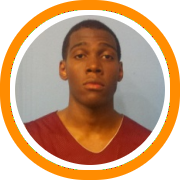 Last week we examined seven post-season stock risers in New England’s class of 2013.  Since that time, another player has seen his recruitment take off at the 11th hour.

Less than two days after returning from South Carolina, Worcester Academy held their first open gym of the spring on Thursday, which attracted coaches from Villanova, Seton Hall, Utah, and Rhode Island.

There’s little question who the majority of those schools were there to see since Rene Castro (Butler), Matt Mobley (CCSU), Thomas Rivard (James Madison), and Matt Panaggio (Lipscomb) are already committed in Worcester’s class of 2013.

Of the schools in attendance, Seton Hall (like South Carolina) had already offered Reynolds a scholarship.  Following the workout, both Villanova and Utah jumped in as well.

Santa Clara was also said to be involved earlier last week, but it remains to be seen if they’re capable of sustaining this level of competition for Reynold’s services.

According to Worcester Academy head coach Jamie Sullivan, Reynolds is now scheduling his next official visits.  He is set to see Villanova from April 12th-14th and Seton Hall on the following weekend, April 19th-21st.  He may also visit Utah although no date has been set.