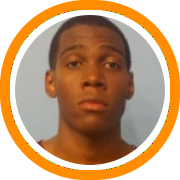 Worcester Academy post-graduate Darryl Reynolds returned to his high school gymnasium at Lower Merion High School in Pennsylvania to announce that he would be returning closer to home to play his college basketball.

Reynolds is heading to Villanova next year.  He picked the Wildcats over South Carolina, Utah, and Seton Hall.

The six-foot-nine big man saw recruitment primarily from the mid-major level throughout the season, until his recruitment took a significant jump this spring.

“I don’t know if you can tell by the way I’m smiling,” he said, “but it’s such a relief to–not be done with it, I’m not going to say be done with it–but for it all to finally fall into place.”

He’ll be joining a Villanova program that was desperately looking to add some size to their frontline after having already signed six-foot-five forward Kris Jenkins and six-foot-four swingman Josh Hart to a roster that only includes one returning player over six-foot-six.

Below are some of Reynold's highlights from this past season care of 2eZ Videos: