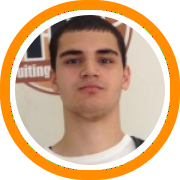 ZagsBlog reported on Monday that Northfield Mount Hermon and Expressions Elite forward Aaron Falzon would definitely be taking visits to Northwestern, Boston College, and Harvard and hasn't ruled out additional visits to Stanford and Creighton.

Of the three apparent leaders, Harvard has been on Falzon the longest, having made him one of their top 2015 priorities very early on in the process.  Aside from being the budding powerhouse of the Ivy League the Crimson also offer a rich tradition of former NMH products including the likes of Laurent Rivard, Evan Cummins, and Zena Edosomwan.

New Boston College head coach Jim Christian has made no secret of the fact that he believes the Eagles can compete in the ACC with top local talent and so he's prioritized a number of New England products, including Falzon, his NMH teammate Josh Sharma, and Terance Mann among others in the 2015 class.

Finally, Northwestern appears to be coming on especially strong as they look to punctuate their class with a frontcourt shot-maker:

“It’s crazy. They’ve been to every single game,” Falzon said. “We were playing in a tournament in Philadelphia and there were no coaches in the stands except for [assistant coach Patrick] Baldwin. They really love me, I can tell. They’re sending me videos of their kids, saying: ‘We want Aaron.’”

Falzon has yet to set the dates of any of the three visits.