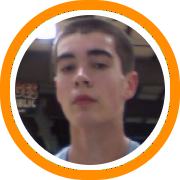 The action will begin today at 9am.  The morning session will be comprised primarily of skill instruction while the afternoon session will feature five on five games allowing each participant with an opportunity to showcase themselves.  The format will be very similar on Sunday.

The weekend’s top performers will earn invitations to the Reebok All-American Camp, the Reebok Breakout Underclass Camp, and the Reebok Proving Ground Regional Combine.  Those winners will be announced on www.NewEnglandRecruitingReport.com on Sunday night.

The Reebok All-American Camp is one of the premier basketball camps in the country.  A descendant of the prestigious ABCD Camp, the All-American Camp will be held during the first week of the July live period and welcome 120 of the nation’s most talented players to Philadelphia.

The Reebok Proving Ground Regional Combine will also take place during the July live period.  The two day camp will take place at four locations throughout the country and will feature an invitation only list of 80 participants.

The Reebok Breakout Underclass Camp will feature 120 of the nation’s top underclassmen.  80 of these players will have earned invitations through the Headliner Camps, and 5 of the 120 will go on to the Reebok All-American Camp.