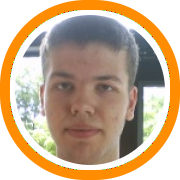 While there was no one player who was head and shoulders above the competition this weekend at the Mansfield Sportsplex, the field offered a large variety of future college basketball players.  The result of the talented pool of players was a series of competitive and well played games, much to the appreciation of the college coaches in attendance.  Here is a list of some of the players who stood out in no particular order:

Anthony Ireland:  The rising junior’s game is really flourishing with the ability to knock down the three-point shot with good consistency or get into the lane and score with a floater.  He should be fully prepared to assume the role of B.J. Monteiro’s sidekick on a Crosby High School team that should be one of Connecticut’s best next year.

Denzel Brito:  Was easily the best underclassmen prospect in the camp, and one of the best all around players period.  Continued to show an ability to put the ball in the basket in a variety of ways.

Kinard Dozier:  If we had to pick a camp MVP he would likely be the choice.  He will apparently return to Winchendon unless any division I schools wise up and offer a scholarship.  As always he was effective attacking off the dribble, but he was particularly impressive moving without the ball, showing an improved jumper, and dominating the defensive end of the floor.

Chris Flores:  After having a very impressive spring he is picking up the summer right where he left off.  In addition to knocking down his trademark three-pointers he also attacked the rim and pulled up in the mid-range area with good efficiency.

Joe Sharkey:  After a sub-par performance on Saturday, Sharkey was outstanding on Sunday.  He was more assertive offensively then we had ever seen him while doing a nice job of playing the angles on the defensive end.  He is twice the player he was a year ago.

Romeric Lasme:  Probably the camp’s top prospect in the class of ’08.  His incredible athleticism was on full display on Sunday as he went for some highlight dunks while coaches from the University of Massachusetts looked on.

Danquah Rawlins:  Is said to be headed to Tabor Academy next year where he will reclassify to the class of 2009.  Another year should make him a likely division I player.  This weekend he did a nice job of attacking the rim both off the bounce and in transition.

James Marcellus:  He dominated the competition physically and was especially impressive on the glass.  Although he was double teamed immediately after catching the ball in the low post the future Bridgton Academy post was still able to score through contact on more than one occasion.

Thomas Knight:  The Maine native has a very impressive combination of size and skill.  The lefty was knocking down shots in the 18 foot range throughout the day while also getting a ton of second chance points.  Overall, he was one of the most intriguing players in the camp.

Uche Egesionu:  When he got touches in the post he made good things happen almost every time.  He also did a nice job of imposing his size and strength on a variety of smaller defenders.