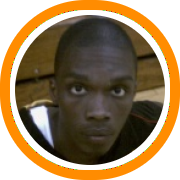 Why do you include prep school players in your rankings?  That is the question we get perhaps more than any other.  Our answer is always the same…because that’s what a college coach will do.  You can bet that no college coach who recruits New England is going to ignore the prep schools.  Consequently comparing or ranking players in this region without including those who go to prep schools is not only unpractical but is misleading.

However, one of the stated missions of the New England Recruiting Report is to help promote local players.  It is for that reason that when we run our flagship event, the Elite 75 Showcase, we only invite players who have lived in the state year-round since they were younger.  So today we take a look at the top 25 true local products in the class of 2008.

#1 David Gibbs:  The uneducated fan will ask how can he be #1 when he’s not going to a high major conference.  The bottom line is this kid could have gone anywhere he wanted to thanks to his rare combination of athleticism and skill.  While his first step and leaping ability are off the charts, he is also a very unselfish player with a much improved perimeter jumper.  Plus, he is a lock down defender.  He should be a star at UMass.

#2 Allan Chaney:  He saw his stock rise more than any other player in the country this summer after a dominating performance at RBK U.  Now he is headed to the University of Florida where he will play for Billy Donovan.  The most intriguing part about Chaney’s game is that he has not yet come close to maximizing his potential.

#3 Stevie Mejia:  When you talk about maximizing potential, no one has done it better than Stevie Mejia.  Despite being only 5’9” (maybe) he has built up a powerful body, made his outside jumper extremely consistent, and developed an outstanding understanding of the game that allows him to run a team extremely well.

#4 Chris Prescott:  Last month we wrote about Prescott’s windy road through high school.  After struggling to deal with the pressure that was created from all the hype early in his career, this young man has matured a great deal and the results are obvious on the court as he is playing some terrific basketball since this summer.

#5 Orion Outerbridge:  The Massachusetts native has also faced a long road that has taken him from his home state, to California, to New Hampton.  But the end result is certainly a positive as the extremely athletic big man with a much improved skill set will be staying close to home when he stars at URI next season.

#6 Devin Hill:  While Hill has lived in Connecticut all his life and played his high school basketball here too, his greatest success has come as part of the New York Gauchos AAU organization.  He patrolled the middle for the 16U team two years ago and was an important piece of the bench for the 17U team that was likely the nation’s best this summer.  Consequently, he is Big East bound and on his way to DePaul.

#7 Jansy Cruz:  The Springfield, Massachusetts native has been paying terrific basketball for the last 6 months as he has starred for the New England Playaz and the Winchendon School.  He may very well end up staying at Winchendon for another year as he learns the nuances of running a team.  But this guy is already a competitor who can flat out make plays and won’t back down from anyone.

#8 T.J. Robinson:  After starring at Kolbe Cathedral High School in Bridgeport, Connecticut for four years he is now at St. Thomas More.  The lefty is a phenomenal athlete who is at his best in the open floor.  And you can bet that after a year with Jere Quinn his basketball I.Q. and feel for the game will be much improved.

#9 Mike Howlett:  Howlett is a bit of an unusual case since this is actually his sixth year of high school.  After graduating from public school he opted for a post-graduate year last season.  When a late summer coaching change screwed up his college plans he returned to New Hampton for a second season.  Now he is headed to the University of Pennsylvania where his dynamic skills facing the basket should be of immediate value.

#10 Patrick Saunders:  Saunders is another Ivy bound forward who currently stars at New Hampton.  Like his counterpart he has good size, outstanding perimeter skills, and a great feel for the game.  He will head to Princeton to help the Tigers as they try to regain their old form.

#11 Greg Mangano:  Had a huge summer that resulted in two Atlantic 10 offers.  Ultimately he decided to stay close to home and get a great education at Yale.

#12 Andrew Van Nest:  Another skilled big man who is headed to the Ivy League.  Van Nest saw some high major interest during last season but will instead star at Harvard.

#13 Jake O’Brien:  Another skilled big man who had high major interest a year ago.  Instead he doesn’t change zip codes and will star at Boston University.

#14 Ryan Olander:  Didn’t come onto the scene until late in his high school career.  A big player with good skills who has a very high upside.

#15 John Hegarty:  You can’t help but root for this guy.  One of the nicest people you will meet watching high school basketball who has turned into one heck of a big man.

#16 Mike Culpo:  Mid-majors are passing on him because he isn’t the biggest, quickest, or most athletic player left on the board…but he may be the best basketball player.

#17 Jamal Turner:  Was regarded as a potential high major player early in his career which drew the attention of then BC assistant Ed Cooley.  Now Turner will join Cooley at Fairfield.

#18 B.J. Monteiro:  Here is another player who college coaches are missing the boat on.  One of the purest scorers in the region.

#19 RJ Evans:  Turned down the Atlantic 10 for Holy Cross where he should get plenty of opportunities to shoot the three immediately upon arriving on campus.

#20 Chris Baskerville:  Many people shook their head when Central Connecticut took him last year.  Now Howie Dickenman looks like a genius as Baskerville has dominated at Lee Academy.

#21 Andrew McCarthy:  Back problems continue to plague this skilled forward.  If he can get healthy he will have plenty of suitors as 6’7” lefty shooters are hard to come by.

#22 Shane Gibson:  Skilled guard who earned a division I scholarship while playing at one of the smallest public high schools in Connecticut…very uncommon

#23 Stanford Dulaire:  High riser who jumps out of the gym and plays hard on both ends.  If he were 6’8” that would get him to the Big East.

#24 David Rufful:  Had a terrific summer and fall with the Rhode Island Hawks and Northfield Mount Hermon.  Could end up being a steal for Dartmouth.

#25 Simon McCormack:  Played off the ball until this year but you wouldn’t know it by watching him play.  Floor general with great size, strength, and ability to get to the rim.