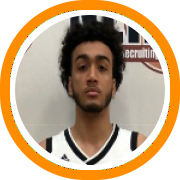 The 6-foot-8 forward came to Connecticut from the west coast and quickly established himself as one of the premier shooters in the New England prep ranks despite being saddled by a nagging ankle injury for most of the season.

His recruitment was starting to ascend in recent weeks as more and more teams began to pursue floor spacing. The Bulldogs offered Stokes last week and picked the commitment a week later.

He joins Charles Pride, who committed earlier this winter, to become the second PSA product to commit to head coach Jared Grasso in the class of 2019. Mount St. Michael's (NY) point guard Michael Green III is the third player committed to Bryant in the 2019 class.

Stokes becomes the sixth member of PSA's class to commit to a division I school.