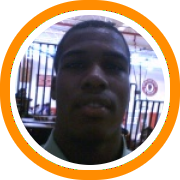 Some teams have a small sparkplug point guard that makes their team go. Groton (MA) Lawrence Academy has one such player in Stevie Mejia.

The diminutive (5'8") point guard, who transferred from Lexington (MA) Christian, grew up with teammate Darryl Cato-Bishop in Boston. The two longtime friends talked during the off-season, and that helped set things in motion for his transfer, one that moves him even further away from the city. Lawrence has good talent like last year, but most feel this season's team is playing better and it certainly showed in Saturday's 60-37 blowout of Belmont Hill.

Mejia led the way with 21 points in the game, making plays at both ends of the floor. He's quick and gets a lot of loose balls, both from his defense and rebounding, and can really finish despite his small stature as he's crafty and not afraid to go against the big boys. He can play at a high speed, but also knows when to slow it down and settle the offense. His shooting will get him noticed, and that only makes his penetration better. Head coach and athletic director Kevin Wiercinski knows there are things his floor leader can work on, but he's happy with how Mejia works every day and makes the team go.

Cato-Bishop is the competitor with the pedigree (his dad was drafted in the NFL), but it's Mejia who ignites the team at the point guard spot. Mejia's emergence really began last August, when he had a good showing at the New England Elite 75. There, he showed his defensive abilities and was the consummate floor leader at that event. That helped open a few eyes, and he's continued to do it during the season in leading a Lawrence Academy team with mostly underclassmen to a 14-2 mark thus far.

Right now, Mejia is feeling out the college recruiting process. At his size, he may not get a lot of looks from schools in a conference like the Big East, but he's getting plenty of attention from good mid-majors and up. A number of local schools have shown interest, with Rhode Island offering (Jim Baron has won with small sparkplug guards like Mejia before, so that's not a surprise) and a couple of schools outside of New England like Colgate, Siena and Drexel having expressed interest.

His emergence continues as his team keeps winning. There will be questions about his size, so the college decision will be about finding the right fit, as it is for any player. It looks like Mejia will have his share of suitors as he continues to be the sparkplug for Lawrence Academy.

On Friday night, Cushing Academy blew out a short-handed Thayer Academy team 53-36 in a game that wasn't that close in Ashburnham. Cushing has a team with several very talented underclassmen, and with Thayer missing a couple of key players due to injury and a football recruiting visit, the young stars didn't play much in the second half as the game was well in hand. The top scorer in the game was senior Division III prospect Corey Connors, who had 14 points with four three-pointers, while classmate Judah Jackson really shined at the defensive end as he shut down Thayer stat guard Jamal Turner.

Head coach Barry Connors let us know on Saturday that his team had another good win the next day, 73-62 over Cheshire Academy. Freshman point guard Phil Pressey, an excellent pass-first floor leader, had a big game with 20 points and 11 assists. He had good help from classmate Ron Giplaye, who bounced back with 21 points and 12 rebounds after struggling in Friday's game as he uncharacteristically missed several layups.

The Penguins are 8-3 after the two games.

Phil Kasiecki is the managing editor for hoopville.com. To read more of Phil’s stories about both high school and college basketball in the New England area please visit www.hoopville.com.