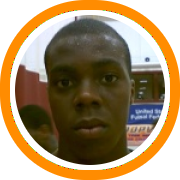 Cushing Academy will go as their point guard goes.  That is no secret.  And if Phil Pressey’s off-season work habits are any indication, this could be a big year in Ashburnham, Massachusetts.

“He is slowly becoming the hardest worker on the team,” said Head Coach Barry Connors, “and when your best player is your hardest worker you have a chance to be a good team.”

Pressey’s talent and feel for the game have always been undeniable.  But now he appears to have developed the work ethic necessary to be a great player.  So much so that the 5’9” point guard often began his day this fall by running hills with a weight vest on at 6:30 a.m. and finished his day in the gym getting up extra jumpers.

Unfortunately for opposing coaches, Phil isn’t the only Pressey on this team, as his older brother Matt Pressey will hold down the other guard position.

“He’s the leader of the team.  He’s the glue guy,” Coach Connors said of his senior guard.

In addition to providing leadership to this young team, Pressey is also a tremendous scorer of the ball.  He has a natural ability to get into the lane and make plays and can also get hot with his outside jumper from time to time.

With the Pressey brother’s ability to create off the dribble, sharp-shooting post-graduate Robert Aery is bound to get a ton of open looks from downtown.  That’s not good news for opposing coaches either, as Aery is a fantastic long range shooter who has already generated recruiting interest from the likes of Williams College and Babson College.

In the middle junior big man Kevin Barr will hold down the fort.  Barr has done a tremendous job of transforming his body during his first two years at Cushing Academy and the results were obvious this summer as he played exceptionally well during the camp and AAU circuit.  If he can continue his progress he should be on his way to a breakout year at Cushing.

Two extremely talented freshmen are also expected to contribute as Dominique Bull and James Kennedy join the mix.  Kennedy, a 6’5” power forward, could have an opportunity to crack the starting line-up thanks to his ability to score and rebound the ball on the interior.  Meanwhile, Bull is a player with an extremely high upside as his ability to get to the rim is something that simply can’t be taught.

Coach Connors says the x-factor of the team could be post-graduate Pete Atkins from Florida.  If he can get himself into shape the 6’3” forward should be able to make a strong contribution thanks to his athletic ability and soft touch.

With Phil and Matt Pressey leading the way, expectations are high at Cushing Academy.  Could this be the year that they reach their championship aspirations?  Only time will tell.  But one thing is for certain, with a young and talented roster they will be contenders in Class B of the NEPSAC for a long time.