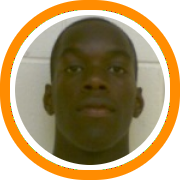 From top to bottom Brewster Academy has as talented of a roster as you will find anywhere in New England.  And while the majority of the firepower lies on the perimeter everything starts with the big man in the middle, Emmanuel Negedu.

This is Nededu’s fourth year at Brewster since arriving from Nigeria when he was just a freshman.  The years have certainly paid off as Negedu has developed into one of the nation’s best interior players and has already committed to Lute Olson and the University of Arizona.  This year he will anchor a Brewster Academy team that is hoping to improve upon their second place finish in the NEPSAC tournament last year.

With Negedu’s athleticism, power, and energy he is, in our opinion, the best finisher and rebounder in the entire region.  His presence alone should be enough to control the paint on both ends of the floor.

After Emmanuel this definitely becomes a perimeter oriented team.  With Anthony Crater and Mark Lyons, committed to Ohio State and Xavier respectively, Brewster Academy Head Coach Jason Smith has the luxury of putting two extremely talented point guards on the floor at the same time.  The duo should all but guarantee that Brewster will run a high octane offensive attack this year.  And if Lyons and Crater can push the ball down the floor there will certainly be plenty of athletic options running the wings.

In fact, this team is far and away the most athletic group we have seen so far this year.  In addition to Negedu and Lyons, players like 6’6” junior forward Luke Apfeld, 6’7” forward Kellen Thornton, and 6’4” Chauncey Gilliam are all incredible athletes.

For about a five minute span during Wednesday’s workout the team went through what can only be described as a highlight reel of acrobatic dunks.  It began with Gilliam who did the through the legs mid-air dunk that JR Rider originated.  Next in line was Mark Lyons who skied for a 360 degree slam.  Thornton and Apfeld put in consecutive wind mills and Negedu capped off the performance with an old fashioned two handed dunk that is bound to rip down at least one rim before the season is over.

So with all of this talent and athleticism, how will the starting line-up shake out?  If we had to guess it is likely to shape up with Negedu in the middle, Thornton running as a face-up four, and Crater and Lyons in the backcourt.  That leaves just the three spot, where Coach Smith has some excellent options.

Charles Abouo, a 6’4” swingman from Utah who has already committed to BYU, is a highly skilled player with a powerful physique.  6’6” junior Givon Crump appears to be much improved after having transferred from Tilton, with a more defined physique and increased range on his jump shot.  Apfeld, Gilliam, and Justin Johnson all appear to be interchangeable at the 3 and 4 spots depending on match-ups.

In the backcourt we may be wrong to assume that Trey Blue won’t crack the starting line-up.  The athletic guard has a terrific first step and a chiseled physique to go along with his ability to make shots from the perimeter.  6’2” point guard Max Huc has already committed to Princeton and is likely to see a lot of minutes based on his high basketball I.Q. and ability to pass the basketball.  Devan Bailey is another guard who undoubtedly has an important role on this team with his ability to guard the ball in full-court situations.  Vukasin Bozovic will offer depth at the guard and wing positions.

The talent is clearly all in place.  From one to thirteen this is an exceptionally gifted group of individuals.  Now the question is can those thirteen individuals form into one cohesive team.  If the answer is yes then this could be the year that Brewster finally brings home the NEPSAC championship.