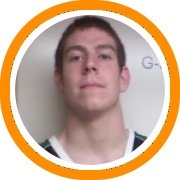 The Winchendon School has claimed two NEPSAC Class A titles under head coach Mike Byrnes, and at various points over the last four years they’ve been so close to their third they could practically taste it.

But hopes are high entering the 09-10 season that this could be the year they get over the hump and complete the trifecta.

All the pieces seem to be in place as this is certainly the most talented Winchendon team we’ve seen from top to bottom in recent years.  The roster couldn’t have been built much better as the team is two deep at every position, well balanced, and features a number of long athletes who are perfect for the pressure attacking system that has become Winchendon’s trademark over the years.

“This year we have a chance to be pretty good,” Byrnes said.  “But the biggest thing year in and year out is how the team gels, who assumes what roles, and can guys put aside individual accolades for the good of the team.”

And there are plenty of individual accolades to speak of as newcomers Markus Kennedy, Angel Nunez, and Khem Birch are all nationally ranked at the top of their respective classes.

However, the two most important players may be returners Eric Ferguson and Akeem Williams.  Both played big minutes last season and understand what it takes to be successful in a league as competitive as Class A of the NEPSAC.

During Thursday’s open gym it was clear that Ferguson had already established himself as the team’s leader.

The post-graduate not only set the tone with his work ethic but was vocal throughout the entire run.

Beyond his leadership abilities Ferguson also looks like he may be one of the biggest producers for this year’s team.  The super athletic forward scored the ball in a number of ways en route to the rim on Thursday, showing a full offensive repertoire and really demonstrating how much his game has grown in the last year.

Williams showed his trademark playmaking skills as well, shaking his defender with his dribble and either getting to the rim himself or finding teammates for easy finishes.

Ultimately though, just how good this Winchendon team can end up being depends quite a bit on Kennedy.

The six-foot-nine senior, who is already committed to Villanova, is working to improve his conditioning and increase his wind prior to the start of the season.

Having Kennedy on the floor gives Winchendon a new dimension.  He is an absolutely incredible passer for a big man, and his ability to facilitate offense from the low post will create loads of scoring opportunities for his teammates.

As for the youngsters, Birch and Nunez, while they are both undeniably talented with tremendous long term potential, it remains to be seen how ready they will be to make a big splash in arguably the best league in the country.

Birch made a better case on Thursday as his incredible athleticism and mobility, combined with his super high motor, allowed him to patrol the paint and protect the rim like no other.  He blocked a ton of shots, knocking away everything he was close to, and showed he’s already good enough to control a game defensively.

For Nunez the transition may take a little longer.  While his size, skills, and athleticism make him one of the most highly recruited swingmen in the class of 2011, it will take some time for him to get used to competing at this high of a level before he’s able to best utilize his talents.

Ireland will be relied upon to be the steady hand that runs the team according to Coach Byrnes, while Dominique and Saddler are two more big time athletes who should flourish in this system.  Dominique put on a show scoring the ball in the first half of Thursday’s workout while Saddler is a relentless slasher who puts great pressure on the opposition on both ends of the floor.

Up front look for Adam Kemp and A.J. West to both see meaningful minutes in the paint.  Kemp is a 6’9” big man who battles inside, has great hands and wide shoulders while West is coming off a very strong summer where he showed his ability to block shots and finish around the basket.

Another guy who could make an impact in the frontcourt is James Stukes, a versatile forward who is already committed to Albany.  Stukes is built like a truck with a wide, strong body, but he’s actually very adept at putting the ball on the floor and making plays off the dribble.

Michael Holton, Mike Accaoui, and Joe Bozzuto could all contribute in the backcourt.  Holton is a pure point guard who knows how to run a team and makes open shots, while Accaoui may be Winchendon’s best zone buster with his family trademarked three-point stroke.  Meanwhile Bozzuto is a do-it-all kind of swingman who is pretty athletic with a versatile skill set and good feel for the game.

With little more than a week of school in the books, Coach Byrnes likes what he sees from his team.  Not only are they talented but there are signs of intangibles as well.

“They seem like a great group.  Everyone is working hard and getting along,” he said.  “As the year goes on hopefully they’ll understand to be successful in this league everyone has to do it together.”

And if they do…title number three could be headed to Winchendon.