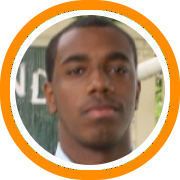 It was little more than six months ago when the Winchendon men’s basketball team last took the court in the NEPSAC Class A championship game.  They went toe to toe with top seeded Brewster Academy before suffering a heartbreaking loss.

This year head coach Mike Byrnes and company are hoping to be that last team standing.  If their open gym on Tuesday was any indication, the talent is clearly in place to contend.

It begins in the middle with 6’10” center Jordan Henriquez, who is already committed to Kansas State.  While Henriquez may not yet be ready to dominate in the Big 12, he is ideally suited to be a productive five man in the NEPSAC with his ability to run the floor and block shots.  The pivot spot is further solidified with Turkish native Emirhan Turan providing toughness and athleticism off the bench.

There is a ton of depth at the forward positions beginning with a pair of long and athletic wings in Sampson Carter and Eric Ferguson.  6’7” David Imes Jr. isn’t yet in the game shape to maximize his ability, but expect that to change quickly.

While Carter and Ferguson will score a lot of points and be recruited at a very high level, Preye Preboye and Luis Leao should be of equal value because of all of the intangibles that they bring to the table.  Preboye was particularly impressive on Tuesday as he showed an improved skill set knocking down three shots from behind the arc and hitting a series of mid-range pull-ups.  Leao also did a nice job - scoring the ball in the mid-range area, rebounding in traffic, and passing very well.  But the most impressive thing that Preboye and Leao did came about 75 minutes into the work out when they weren't happy with the level of intensity and so gathered their teammates into a players only huddle at the free-throw area on the far end of the court.  After the brief players only meeting, they quickly got back at it and finished the workout strong.

Yves Jules stood out in the backcourt on Tuesday.  Like Imes, Jules is a New York native who is already committed to Hofstra.  He is a high rising athlete and extremely effective dribble drive player.  If he can make the occasional jump shot to keep defenders honest as he did on Tuesday then he should put up big numbers this year.

Ozan Dilik will have a chance to earn the other starting spot in the backcourt but he will have to beat out scoring guards Akeem Williams and Chase Adams (who isn’t due to arrive until Thursday).  Sharp-shooting southpaw Ewoud Kloos and point guard Deividas Stalevicius are two international products who should also challenge for playing time in the backcourt.

When you put it all together this appears to be a roster that is ideally suited for the way Byrnes likes to play.  They have the length and athleticism to get up and play defense for 94 feet and the depth to continue to rotate players in and out of the game until they wear down the opposition.