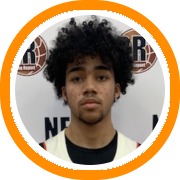 At Vermont Academy, a new era of basketball has begun with the arrival of head coach John Zall, who follows in the footsteps of Jesse Bopp, Cody Hatt, and Alex Popp, all of whom have helped take the program to new heights during their time in Saxtons River.

Zall’s vision for reconstructing VA’s roster was a long-term one and so he brought in numerous multi-year players who will get unprecedented experience against top competition this year and build a bridge to the future of the program in the process. Darin Smith, who was previously under the radar before debuting with NE6 this summer, is a Springfield native who headlines the class of 2023 along with another local product who should make a name for himself in the coming year, Jared Berry. Andre Mills is coming off a breakout grassroots campaign with the Rivals and appears on pace to take the next step in his ascension this year. He’s joined in the class of 2024 by Chike Ndefo, an athletic 6’6 forward with an early foundation of skill to develop, and attacking point guard Jayden Watkins. In the class of 2025, Joson Sanon is one of the most naturally talented freshmen we’ve seen so far this fall while Rodrigo Dos Santos arrives with a big reputation of his own from the middle school ranks.

Before he began recruiting new players for his roster, Zall’s first priority upon arriving at Vermont last winter was the retention of the existing roster. Because he was able to keep veterans like Ty Higgins, Brody Adams, Omela Mudogo, and Lauri Kallio in the program, he now has a senior class that can provide some leadership for a roster that is otherwise very inexperienced. Higgins is an elite shooter of the basketball while Adams brings some necessary size to the frontline as a 7-footer. Mudogo is an athletic slasher and defender while Kallio is a crafty and heady point guard with good size.

3. Post-Grads to Bridge the Gap

Zall was also able to supplement that experience with the addition of two post-grads, who will be relied upon to play significant roles from day one. Dion Brown is already committed to UMBC following his grassroots season with Team New England and he provides a high-level athlete and competitor with still plenty of untapped potential. Daysjuan Waters is a scoring wing forward from Maryland who is a threat at all three levels and a clear scholarship prospect as well.

1. How bad will the growing pains be?
There are only two people on the roster – coaches or players – that have any experience in the NEPSAC and that’s Higgins and Mudogo. Everyone else is either new to the team this year or didn’t get to play last year because of the pandemic. Combine that with their youth and the daunting challenge of playing at the very highest levels of prep school competition, and there’s no denying that this team will face their fair share of adversity this year. If they learn from it and grow together, they have enough to be competitive now and build something potentially special for the future.

2. Can their frontline hold their own in AAA?

In addition to their collective youth and inexperience, there is also a question of sheer size along the frontline, especially in a league like AAA where the size and physicality is usually unlike any other league in the country. Adams will be very important up front, but after that there is no one bigger than 6-foot-6 on the roster and no upperclassmen bigger than 6-foot-5.

The biggest challenge for Zall this year, or any coach with such a young and talented team, is to educate and guide them through this entire process. The players undoubtedly want to win games and get individual attention along the way. But those things aren’t goals so much as they are consequences of putting in the work every day, gaining the necessary experience, learning how to play the right way, developing the humility to accept coaching, and buying into the team concept. In year one of an essentially new program, making it about those things first and foremost, is ultimately the key to setting the right foundation.