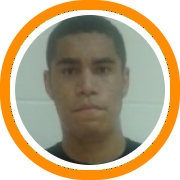 Aaron Carver is a six-foot-seven forward from North Carolina. He’s strong, athletic, versatile, already committed to Old Dominion, and expected to be a very important player for South Kent this year.

What truly makes him unique though, at least on this roster, is that he is in the class of 2015.

That’s no typo. Carver has the potential to be the lone member of the class in the Cardinal’s starting line-up, making this as young a team as head coach Kelvin Jefferson has had in his seven seasons at the helm of the program.

Signs of the youth movement were first seen last year when Tremont Waters earned the team’s starting point guard job as just a freshman, a feat almost unheard of at the highest levels of prep school basketball.

Waters didn’t disappoint either as he stole center stage almost from day one, putting on a show at the National Prep Showcase, in his first taste of high level prep basketball while standing little more than five-feet-eight-inches off the ground.

Waters has added a couple of inches in the year since and returns to run the show for South Kent, even if he is still the youngest player on the team.

He’ll be joined on the perimeter by a pair of talented 2016 prospects, both of whom were very impressive the day we visited to watch open gym. K.J. Santos is a name that many local fans are familiar with following his New England debut at Vermont Academy last year while Travis Atson previously starred at Christ the King High School in New York. Atson was probably the most impactful guy in the gym on the day that we watched, while Santos was as efficient as we’ve ever seen him.

There are two more talented juniors along the frontline, both of whom came to South Kent from Abroad. Jovan Grujic is a seven-footer from Serbia and true post player to anchor the team’s half-court offense while Martynas Pacevivius is a six-foot-nine power forward from Lithuania who may just be the team’s best rebounder.

Beyond Carver, the rest of South Kent’s experience will likely headline their second unit off the bench with four other post-graduates and three seniors.

Seven-foot-two big man Tyler Jackson, another transfer from Vermont Academy, is an absolute mountain of a man who will be invaluable clogging the paint inside South Kent’s traditional 2-3 half-court zone. He’ll be joined up front by Chris Wright, a versatile six-foot-eight big man from New Jersey who can play either four or five. Aziz Sultan Essa is a six-foot-nine junior who has the skill to develop into a player if he can improve his conditioning.

The second unit on the perimeter includes one holdover from last year in Ryan Sweeney, a player who combines good size at six-foot-six with the ability to make shots behind the arc. Chao Xu or “Bobby” as he is affectionately known to his teammates, is a post-grad for China, who provides another potential zone buster on the wing.

The backcourt depth is anchored by a pair of other international post-grads in Lazar Pavicevic, a crafty six-foot-one point guard from Montenegro, and Shunto Murakami, a six-foot point guard from Japen who stands out with his toughness and high motor. Sam LaCour, a local New Fairfield resident, solidifies the second unit with added depth.

All in all, the Cardinals may be young, but they are also highly talented with good size.  There’s no denying they’ll be a team to be reckoned with this year and maybe even a very early favorite for 15-16 when Waters, Santos, Atson, Grugic, and Pacevisius all return with a year of experience and chemistry under the belt.