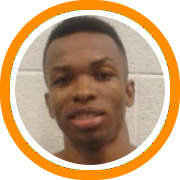 Ten years ago Putnam Science Academy didn’t even have a basketball program.

But under head coach Tom Espinosa, PSA has evolved from a start-up prep program to one of the most talented teams in New England over the last nine years.

The 2013-2014 season was far and away their best. They finished with a 29-5 overall record, qualified for the National Prep Championship for the first time in program history, and scored wins over a variety of top New England programs including Notre Dame Prep, South Kent, Northfield Mount Hermon, and others.

Coming off that highly successful season, the 2014-2015 campaign will be perhaps even more important as the Mustangs look to duplicate that success in hopes of truly solidifying their place among the region’s best.

The roster has almost completely turned over, with the exception of junior big man Mamadou Diarra, but that doesn’t mean this new group is any less talented or hungry.

Six new post-graduates have joined the squad, four of whom that have already committed to division I schools, along with a highly talented sophomore in Hamidou Diallo.

While Diarra and Diallo are the two youngest players on the team, they are also the best long-term prospects. Both are from New York but have only recently started to turn heads and make a name for themselves.

It has only been this fall that both are now attracting high-major attention with Connecticut, Providence, Minnesota, and Temple among the early suitors.

Diarra, the six-foot-eight man-child, is an absolute beast inside the paint. He’s athletic and powerful, a high volume rebounder, and a true motor man. Diallo is a playmaking guard, long and smooth with some highlight level athleticism of his own, and still just beginning to discover his talent.

The post-graduates are headlined by the Robinson brothers, Aaron and Andrew, who are both committed to Quinnipiac. Andrew Robinson was the more celebrated prospect – a big six-foot-five swingman with a quick release and super deep range on his jumper, he held a variety of division I offers but wanted to play side-by-side with his brother.

Aaron Robinson wasn’t quite as widely recruited initially but is now proving that might have been a mistake. A powerful six-foot-four swingman, he’s best known for his toughness and relentless motor, but is also emerging into a quality shot-maker from behind the three-point line and clear weapon on the offensive end.

The backcourt will be led by Kealen Ives, who arrives at Putnam after a huge four year high school career in Rhode Island. The five-foot-ten floor general is already committed to Rider, where he’ll bring an ability to make plays for both himself and others along with his big personality and flair for the game.

Ives will be asked to provide emotional leadership here while another guard, Josh Wallace, should bring plenty of stability. A powerful and steady guard who was far more of an undersized wing earlier in his career, Wallace has developed nicely over the years and will be another impact player for the Mustangs.

Diarra’s primary running mate on the inside will be Vincent Eze, a long and chiseled six-foot-eight big man from Pennsylvania, who made a recent commitment to Manhattan. Eze possesses a truly unique combination of length, power, and mobility, all coupled by a great motor, and so he’s an exceptional defensive player first and foremost.

Dondre Rhoden, a slightly undersized but rugged and truly powerful post, is likely to be the first big man off the bench. Rhoden remains uncommitted but already holds division II offers and has played very well since arriving at Putnam.

In total, this may be only an eight man rotation but it’s one that has been well constructed with excellent balance across the line-up. Most importantly, the common denominator among all eight is the high motor and toughness. Of all the open gyms that NERR visited this fall, Putnam’s was perhaps the most competitive, and if that theme continues throughout the coming season than this club will very likely back-up their success from a season ago and prove themselves truly among New England’s elite.