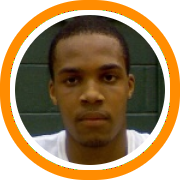 The drive to Proctor Academy is a long trip to the north.  If you take route 91 through Vermont you may even think you’re headed to Canada.  And while Proctor Academy isn’t quite that far north, there is a distinctive Canadian feel to this team.

Stephen Alli, Taevaunn Prince, R.J. Stephens, and Pat Donnelly are four newcomers who all come to Proctor by way of Canada.  The foursome joins local post-graduate Mike Stys and a young sophomore in Ian Baker to give head coach Gregor Makechnie an extremely talented group of incoming players.

The six newcomers will join the returning nucleus of Ben Bartoldus, Amir Tarif, and Matt Williams, along with Nick Aiken and Orlando Aponte, to give Proctor one of the deepest line-ups in the league.

While depth is the most notable strength of this team, interior size is a close second.  Alli, Donnelly, Tarif, and Williams all have the size and skills to be very effective playing either the four of the five spots for Proctor.  This group will also compliment each other well as each individual brings something unique to the table.  Alli is a high flying athlete who will wow the crowd with his ability to play above the rim.  Donnelly is probably the most skilled of the foursome showing a nice touch on the post as well as the ability to step out to the three-point line.  Tarif is a guy who is showing an improved skill set on the perimeter, but still does his best work on the low post with his big and strong body.  And finally Williams is the enforcer, a physical presence who will control the backboards and do the dirty work.

And while the frontcourt has the potential to separate Proctor from the majority of their competition, the team’s consistency is likely to come out of their backcourt.  Prince is a physical point guard who will look to overpower the competition.  He has a knack for scoring and is likely to be the dominant playmaker on this team.  Stys is a lights out shooter who has vastly improved his conditioning from a season ago and is consequently seeing a good deal of division II interest.  Bartoldus is a bit of a glue guy – someone who can do a little bit of everything and is likely to fill up just about every column in the stat sheet.  Stephens give the team a different dimension with his athleticism, speed, and quickness, while Baker is a potential star of the future who is likely to see immediate minutes this season.

Ultimately, Proctor Academy has reloaded.  Not only do they have the talent and depth to be contenders in class B this year, but with only two seniors on their roster they are likely to be among the favorites in the league for the foreseeable future.