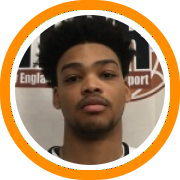 In just their 3rd season of competitive basketball, quite a bit has already changed for Springfield Commonwealth Academy.

What began as an independent school for grades 6 – 8 has evolved into a school that now hosts grades 5 – 10. The basketball program has grown in correlation, with what was once essentially a middle school team now playing a full prep school schedule, albeit with no one on the roster beyond their sophomore year.

Both the school and the program will continue to evolve in the coming years, growing with their students to include the 11th grade next year and then finally the 12th grade in 2016-2017.

The other major change for SCA has been their athletic affiliation. What was once an independent school is now an associate member of the New England Prep School Athletic Council. As such, the Tornadoes are following all NEPSAC rules this season – cutting their schedule to 30 games, abiding by the practice start date, counting as AA league games for all opponents, and even attending meetings and paying dues.

The one thing they aren’t yet able to do is be post-season eligible, but that is likely to change after this season.

Bergeron, who also serves as the school’s athletic director, says Springfield Commonwealth Academy plans to apply for permanent membership this spring, which could potentially make them a full NEPSAC AA member by next season.

As for this year, Bergeron’s club is looking to play as many NEPSAC games as possible, while also taking on all challengers.

This past weekend they joined Brewster Academy, Notre Dame Prep, and Lee Academy in the New Hampshire Prep Classic. They went 0-2 on the weekend but proved themselves an up and coming program as they held their own against teams two and three years their senior.

Hassahn French, a six-foot-seven man-child in the 10th grade, had a big outing against Notre Dame Prep on Saturday, showing why his combination of power and developing southpaw skill makes him one of the best players in New England’s highly talented 2017 class.

His running mate along the frontline, Jordan Hardwick, had a big second half against Lee Academy on Sunday, utilizing his length and athleticism to play above the rim like only so few others can while even diving on the floor for loose balls as he showed what he’s capable of when he’s truly locked in.

Sophomore swingman Malik Pouncey was the team’s leading scorer on Sunday, dropping 29 points against Lee to remind people about his emerging talent in the sophomore class while Shyheim Hicks also had a good weekend.

Chandler Jones and Tim Thomas are two potent offensive weapons on the wing. Both shoot the ball well with range and attack from different sides as Jones is a six-foot-five rightly while Thomas a six-foot-four lefty.

DeAndre Leslie is another six-foot-five forward and jack-of-all-trades who has returned for his sophomore year with a much improved motor. Quandarious Roberson is a versatile glue guy who can play a variety of different positions.

There are a pair of talented sophomores on board to split responsibilities at the point guard position in Jordan Vidal and Derrick Ellis. Vidal is a strongly built lead guard who has shown flashes of high level productivity while Ellis is a super quick lead guard who can defend the ball and pass off the dribble. Anthony Kelly provides a third quality option, giving SCA the luxury of a deep and talented backcourt.

Together, this Springfield Commonwealth Academy squad has already made waves in New England, but the best is very clearly still to come. They might not yet be ready to knock off the best AAA and AA programs New England has to offer, but they certainly won’t run from the challenge, and that’s a recipe that has them poised to develop into one of the best up and coming programs in New England.