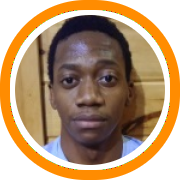 As Whit Lesure prepares for his 18th season at Bridgton Academy, he’s experienced both the highs and the lows that go along with leading a prep school program for that long a tenure, especially at a school that has had varying philosophies over the years.

Ten years ago, Lesure was on the verge of leading Bridgton to a period of unprecedented success as they’d capture the NEPSAC three-peat, winning the class A crown in 2005, 2006, and 2007.

Things began to change at Bridgton shortly after, as less resources gradually led to a less talented roster, but that only made their 2009 championship all the more gratifying as the Wolverines’ fourth championship in five years was certainly the most unexpected.

Unfortunately though, those diminishing resources proved to be a trend that left Bridgton often times fighting literally impossible battles over the course of the five years since as Class A gave way to an even more selective AAA.

For Lesure, one of the most respected coaches you’ll find anywhere in the country, the challenge went from winning championships to teaching his young players to compete and improve, even in the face of insurmountable odds.

On paper, Bridgton still has fewer recognizable names than any other team in AAA and yet this may be their most talented team since that 2009 championship.

A championship may not be a realistic expectation, even for Lesure, but this year’s Wolverine squad looks primed to play the role of spoiler, and certainly be a team that no one else wants to see, especially late in the season.

Elliott Welmer, a six-foot-nine power forward from Indiana, is the most notable prospect on the roster. Already committed to St. Louis, Welmer will remind many local fans of New Hampton forward Tyler Lydon with his length, emerging physical tools, and inside-out skill.

Trey Foster, a super shifty point guard from Charlotte, will play an equally critical role in the backcourt, as the team’s top ball-handler and playmaker.

Simi Socks, a six-foot-six combo-forward who is both chiseled and athletic appears to be the third player who has clearly played his way into the top five while local product and Bentley commit, Zach Gilpin, looks to be in the best shape of his career while establishing a clear niche for himself with his skill set on the wing.

The fifth spot in the starting line-up projects as a bit of a revolving door.

Colin Bell and Noah Thomas are likely to form a two-man platoon at the center position, potentially making this a very big team and even pushing Gilpin over to the starting two-guard spot. Lesure could also elect to go small and put another guard like Kevin OBrien or Nibra White on the floor.

While any of those eight players could ultimately contend for starting spots during the course of the season, there are other players who will be critical to the success of the second unit.

Dennis Ashley couldn’t have been much better the day we watched Bridgton work out. Not only was he splashing shots with regularity from behind the three-point line but he was also quick enough to create off the dribble.

Then there is the local trio of Phil Leotsakos, Andrew Middleton, and Jamir Henderson. Leotsakos and Middleton are two of the hardest working players you’ll find and will be almost impossible to keep off the floor as a result. Henderson is an athletic guard who can make contributions on both ends while Nick Lazar is a New Hampshire native who could also work his way into the rotation.

Ultimately, this year’s team might not be a return to the glory years, but under Lesure’s guidance they should at least give the Wolverines a chance to compete, and that’s simply not something they’ve had in recent years.