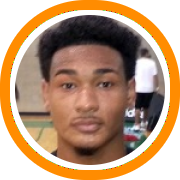 Our preview of the upcoming prep school season begins in the same place where the 2013-2014 season ended – Brewster Academy.

The Bobcats set the bar from start to finish last season, not just in New England but across the country.  Jason Smith’s club finished with a 33-2 record and duplicated the feat of their predecessors from 2010 by capturing both the NEPSAC AAA Championship and National Prep Championship.

No other program has ever won both titles in the same season.

Now, the Bobcats have their eye on making more history as they look to take their third consecutive NEPSAC AAA championship and fourth overall national championship.

The challenge won’t be easy though as their influx of talent has increased the size of the X on their back.

The Bobcats two holdovers from last year’s rotation, Donovan Mitchell and Jarred Reuter, both had big summers and took their recruitment to new levels before committing to Louisville and Virginia respectively.

While those seven high-major players create a daunting core for the rest of the league, they aren’t without their challenges.

First and foremost will be learning to share the ball as virtually all seven are used to being their team’s primary offensive weapon.

The group’s overall chemistry will be critical this season as they look to hold off threats like Northfield Mount Hermon and New Hampton, who have much more continuity on their rosters from last season, not to mention St. Thomas More, South Kent, and Bridgton.

The New England Recruiting Report visited Brewster’s open gym on the first day of the fall evaluation period and already trends were emerging.

Adams, who is known for his smoothness and instinctive scoring ability, already seemed comfortable acting as more of a playmaker and distributor, a role which Simon is already used to with size and length allowing him to see and pass over the defense.

Of the three high profile guards Mitchell seems to be the one most focused on putting the ball in the basket and so it would be no surprise to see him lead the team in scoring this year, even if it is Adams who ends up with the ball in his hands down the stretch.

Crisp, who is another guy wired to score, could end up being the biggest surprise on the team. He’s a well known shot-maker, but is a far more versatile scorer than his reputation suggests.

Up front, Reuter is the best passer of the bunch while Derrickson shares a similarly thick frame that will allow them to collectively enforce the paint like few other tandems. Derrickson and Illikainen are both cut from a similar cloth when it comes to their versatility and ability to create mismatch problems by going both inside and out.

Unfortunately for the opposition, the Brewster roster isn’t top heavy either.  Tyler Colon was sidelined with an injury the day we were in the gym, but the six-foot-six post-grad is one of several other scholarship level prospects on the second unit.

Kamali Chambers, the younger brother of Harvard guard Siyani Chambers has been playing to rave reviews for the last three weeks as has former Worcester Academy guard Devon Williams, who picked up a scholarship offer from Southern New Hampshire this week.

Jamani Spencer and Joe Sherburne were particularly impressive the day we were in the gym. Spencer, a southpaw guard from California, can stroke it from the arc while Sherburne is incredibly high level academic prospect as well as a versatile six-foot-six forward.

Joseph Worku, Michael Karnes, and Sam Kiley round out the rest of the roster with more depth and talent.

On paper, there’s no denying that the Bobcats are loaded and poised for another run, but championships aren’t won on paper and if this club is going to duplicate the success of 2010 and 2014 they’ll all have to embrace new roles and give up a little bit of their individual accolades in hopes of finding greater collective success.