Outerbridge Plays Through Pain in Orlando 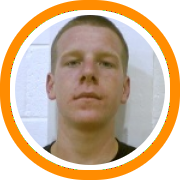 Orion Outerbridge has been a very busy young man during the last two weeks.  It started when he traveled to Las Vegas to compete with an AAU team from Arizona along with his New Hampton teammate Michael Topercer.  From there the athletic big man hopped on a flight that took him to Orlando where he met up with the Bay State Magic to compete in AAU Nationals.

Unfortunately though by the time he had arrived in Orlando he was not his normal self as he was still feeling the effects of an ankle sprain he suffered while competing in Vegas.  To his credit Outerbridge did his best to play through the pain and help his team win.  But with similar injuries to Peterson Bernard, Danquah Rawlins, and James Long it was simply an unlucky few days for the Magic.

Normally Outerbridge is a tremendous athlete.  He runs the floor like a guard, jumps out of the gym, and is quick off of his feet.  But with a game that is so dependant on that athletic ability it was hard for him to get into any type of flow while essentially playing on one foot this week.

Nevertheless, he has still been followed by college coaches from the highest levels.   Connecticut, Kansas, Providence, and Marquette have all been frequent onlookers with Tulane being the latest school to extend a scholarship offer.

Outerbridge was a player who was flying fairly under the radar until he exploded onto the scene at last year’s New England Elite 75 Showcase.  After getting rave reviews from scouting services like the New England Recruiting Report, Hoop Scoop Online, Scout.com, and Rivals.com after his performance at the event it wasn’t long before college coaches started calling by the dozens.

This year Outerbridge will again compete at the New England Elite 75 Showcase to be held on Wednesday, August 15th at Boston University.  In September he will return to New Hampton for his final season.