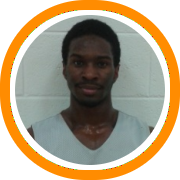 Day one of the NPSI included a full slate of eight games.  Here’s a rundown of the action:

Angel Delgado put up 18 points on 9-11 shooting from the floor, along with 9 rebounds and 4 steals, to spark a Redemption Christian win in the opening game of the NPSI.  Dayshonee Munch was equally efficient, connecting on 4-5 from long range to finish with a team high 22 points.  Mike Rodriguez would continue to do a nice job running the point, handing out 7 assists against only 2 turnovers, while also scoring 15 points on just 6 shots from the floor.

Seton Hall bound shooting guard Jerron Wilbut poured in 27 points in an impressive offensive show, while Kansas State pound point guard Jevon Thomas added 17 points and 7 assists of his own to score a tough win over STM.  The Chancellors finished with four players in double figures.  Duane Notice led the way with 16 while stuffing the rest of the stat sheet with 5 rebounds, 4 assists, and 4 steals.  Gabe Levin would add 14, Denzel Gregg 12, and Chris Walters 11.

Notre Dame Prep appeared to be a club peaking at the right time as they handled a talented Canarias squad without any problem.  Jarvis Garrett was the offensive sparkplug, showing a good catch and shoot game to compliment his quickness off the dribble.  Garrett led the way with 17 while Jamel Artis chipped in with 14.  K.J. Pritchard would also provide a spark from behind the three-point line, connecting on a trio of deep threes coming off screens.

In a game that was characterized by its quick tempo, St. Andrew’s scored 98 points without even playing up to their potential.  Andre Berry was a force inside the lane with 20 points on 9-12 shooting from the floor.  Bonzie Colson overcame a rolled ankle early to finish with 16 points, 9 rebounds, and 4 assists.  Tom Hunt got hot late with his jumper to finish with 18 while Chancellor Ellis and Henry Bolton finished with 18 and 16 respectively.

In a physical and hard-fought game, the Huskies held off the Cardinals in a AAA league clash.  Lincoln Davis was huge off the bench in the second half, infusing energy onto the game and making a number of timely plays to help turn the tide.  Davis led four New Hampton players in double figures as he, Travis Jorgenson, and Noah Vonleh all finished with 13 while Anthony Pate added 10.  Shane Rector scored 19 on an assortment of drives and jumpers while A.J. Edwards and Reggie Agbeko added ten each.

The Tigers came into the Murray Center and played the same brand of inspired and unselfish basketball they’ve shown in recent weeks to deliver the day’s biggest upset.  Mack Montague delivered a big performance with 24 points, 6 assists, 5 rebounds, and 5 three-pointers while Christian Wilkins was huge on the interior with 23 points and 6 rebounds in just 17 minutes of action.  Five players would finish in double figures for Suffield as Colin Pascoe had 14, Kendall Jackson 12, and Denzell Jackson 10.  Hofstra bound swingman Richard Williams was a bright spot for Vermont with 25 points and 11 rebounds.

Cushing Academy’s offense was clicking on all cylanders as six different players scored in double figures.  Matt Mareno finished with a team high 19 points showing his athleticism around the rim.  The backcourt tandem of Kaleb Joseph (15 points, 9 assists, 5 rebounds) and Jalen Adams (18 points on 8-10 shooting, 5 assists) both shined at various points while Andrew Chrabascz, Chris Mullin Jr., Alex Cruylles, and Casey Woodring had 13, 12, 10, and 9 respectively.  Dorrell Foster had 15 for Bridgton but it was the backcourt tandem of Keenan Williams (14 points) and Andrew Guerroero (13 points) which was most efficient.