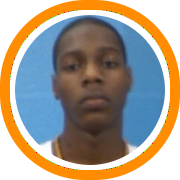 Noel came to Notre Dame from his family's home in England after his father played professionally in Europe for several years.

A six-foot-five swingman with a high basketball I.Q. and terrific feel for the game, Noel emerged as a jack of all trades for Notre Dame Prep this season, showing a willingness to do whatever was necessary to help his team win games.

While he was seldom one of the team's leading scorers, Noel spaced the floor with his shot making, showed the versatility to defend multiple positions, and play with a great combination of grit and intelligence.