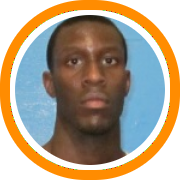 Notre Dame Prep’s post-graduate guard Adonis Filer made a verbal commitment to Clemson on Tuesday and is expected to sign his National Letter of Intent during the next week’s early signing period.

Filer committed to Clemson over Tennessee, Utah, and a variety of other high-major programs.

The six-foot-two guard is an Illinois native that will team with Myles Davis and Sam Cassell Jr. to form a three guard line-up that will be at the helm of Notre Dame Prep’s attack this year.

Filer is a player who can score in bunches but also owns all the tools necessary to develop into an excellent perimeter defender, and that’s what makes him such a good fit at Clemson as head coach Brad Brownell has developed the Tigers into one of the premier defensive teams in the ACC.