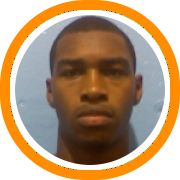 Sean Kilpatrick has decided to play in the Big East…again.  The New York native committed to St. John’s last spring after scoring over 25 points per game and being named to the Jordan Brand Classic in his senior season in nearby White Plains.

But ultimately Kilpatrick instead opted for a post-graduate season at Notre Dame Prep.  Immediately upon arriving at the New England prep school, he had a good deal of high major interest.  But after visiting the Cincinnati campus last weekend for “Cincinnati’s Basketball Fan Jam” he had seen all he needed to see and committed to Bearcats head coach Mick Cronin.

Kilpatrick is a big and strong guard with a distinct NYC flair to his game.  He is the prototypical slasher who loves to get to the rim and is almost always able to find a way to do so.

It is that ability to create his own offense, along with a college ready body, that made him so desirable to college coaches.  Those same attributes will also make him ideally suited to have a major impact on Notre Dame’s success this season.