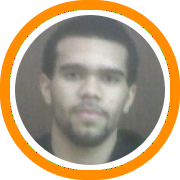 Xpressions Elite peaked at the right time as they scored a dramatic come from behind victory over Connecticut Basketball Club in the u17 final on Sunday afternoon.  Trailing by as many as 15 at one point in the second, Xpressions picked up their intensity on the defensive end and also relied on some timely shot making from the likes of Corey Wright Jr., Joe OShea, and especially Laurent Rivard.  It was a disappointing loss for CBC as they had playrf a very impressive first 25 minutes to establish the double digit lead.  Denzel Jones and Will Tye were extremely active inside the paint, while Majok Majok showed his rapidly improving low post arsenal.  Guard play was also important as Danny Lawhorn, Phil Gaetano, and Dominique Langston all created off the dribble.  But ultimately, Xpressions simply played better when it mattered the most as they utilized their pressure defense to force turnovers and also began to go to the glass much more aggressively behind Eric Ferguson, Preye Preboyle, O’Shea, and Rivard.

The u16 final was a rematch of the first final as Xpressions Elite and CBC again squared off.  This one wasn’t nearly as close as Xpressions controlled for the vast majority of the contest.  Tyler Strange and Billy Soriano did a great job of anchoring the team from the point guard position.  Both excelled in transition, albeit in different ways, as Strange advanced the ball up the floor with the pass and Soriano pushed with the dribble.  Alex Murphy and Ricardo Ledo both capped off strong weekends with impressive performances.  Murphy continued to show his trademark all around floor game while finishing craftily inside and knocking down open threes.  Ledo did a little bit of everything – rebounding, scoring, and even coming up with the occasional nice pass.  But this is also a group that takes strength from their depth as Kaleb Tarczewski, Jules Tavares, Kyle Houston, and Evan Cummins all had their moments.

The u15 final was an absolute thriller.  Xpressions Elite made their third consecutive final but they ran into a Rhode Island Breakers team with something to prove.  Robert Hazard was the star of this game as he went off for seven three-pointers and 34 points.  Derryck Kilgore was impressive in a supporting role as he scored in double figures four times this weekend.  Mike Neal, Cesar Majia, and Mike Ferrante also played well for the Breakers.  Shaquille Jones and Dante Gomes stood out as players to keep an eye on from Xpressions.  (Check back in a couple of days to see updated profiles for all of these talented young players)

Here are some other players that caught our eye on Sunday:

•  John Papale had his all around game working for the CT Hoopstars as they were one point away from knocking off CBC and advancing to the u16 final.  Papale was drilling threes from the perimeter and also creating off the dribble when going north to south.

•  Josh Varney was a bright spot for the Vermont Basketball Club as he more than held his own under the glass in the semi’s, showing an ability to score inside as well as rebound in traffic.

•  The two most impressive dunks of the day: Will Tye posterizing Preboye and Evan Cummins catching an alley in transition

•  Despite falling to Xpressions in the semi’s Mike Rivera and Louis Montes continued to be productive.  Rivera made a handful of phenomenal passes while Montes continued to play big in the paint and score with great elevation in the mid-range area.

Syracuse Select’s dominant freshman big man Dajuan Coleman IS NOT the son of former NBA star Derrick Coleman…although you could see why some people would be confused as his size, skill set, and incredible tool set are all reminiscent of the former Syracuse star.

The second annual Northeast Hoops Festival continued to draw some of the best teams from all around the northeast.  While programs like Syracuse Select, Long Island Lightning, East Coast Fusion, and Westchester Hawks helped to extend the talent pool beyond New England, you couldn’t help but notice how each of the six New England states were well represented with Granite State Jayhawks from New Hampshire, MBR from Maine, Lone Wolf & Vermont Basketball Group from Vermont, and several teams from CT, MA, and RI.

The Northeast Hoops Festival will return in 2010, once again being held on ACT weekend, which will fall on April 9th – 11th next year.