New Hamptons Turner to BC 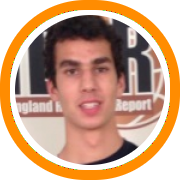 Turner starred with The Family on this year’s Nike EYBL tour and was emerging as a major breakout player of the regular season but missed the month of July after being injured at the Kevin Durant Skills Academy.

He is an important addition for BC for a couple of reasons.

First, he signifies their commitment to recruiting the local New England region with an added emphasis on the prep schools.  Second, Turner joins Florida native Matt Milon to become the second player to commit to the Eagles in the last week.  Together, that duo not only sures up their backcourt rotation, but also solidifies their three-point shooting for the foreseeable future.

Third, and perhaps most importantly, Turner is a player with a high upside whose best basketball should still be in front of him.  He had a big reputation when he first arrived at New Hampton last year, but wasn’t immediately ready to make major contributions.  He made consistent strides during the course of the season, all of which had him ready to prove himself on a national scale this summer before the injury.

Turner is a big guard, capable of seeing time at three different positions.  He’s skilled with a good feel for the game and high basketball I.Q. Below are some highlights from last spring care of Prep Hoops TV on YouTube.

Boston College now turns their attention to the frontcourt where NMH’s Josh Sharma and Aaron Falzon are two of their primary targets.