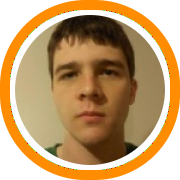 Emmanuel Negedu continues to be the top prospect in the state of New Hampshire.  Not only is the Arizona bound big man one of the most physically dominant players in the country, but now he also boasts a much improved skill set thanks to all of the work that has gone on in the Brewster Academy gymnasium.  Second ranked Anthony Crater may not wow you at first glance but keep watching and you’ll realize why he is so special, as he is a pure point guard who is always under control and makes those around him better.  Twany Beckham has been New Hampton’s most consistent presence thus far this year and consequently earns the third rating, while two athletic guards in Mark Lyons and Kendall Durant round out the top five.

In 2009 Alex Oriakhi remains #1.  While the critics are bound to cite other players with better numbers, this isn’t about who scores the most points at the high school level, it’s about who is the best college prospect.  And with his combination of athleticism and low post skills, Oriakhi is simply unmatched.  Speaking of big numbers, no one has put more points on the board this season than Oriakhi’s running mate Jamal Coombs who comes in at number two.  A Brewster Academy trio holds the final spots in the top five as Givon Crump, Luke Apfeld, and Devan Bailey have all improved a great deal since last season.

The rankings aren’t as clear cut in 2010 as several players could contend for the top spot.  Based on potential we went with Holderness’ long and athletic forward Alex Francis.  But players like Amir Tarif, Jordan Laguerre, Jason Arias, and Ben Bartoldus all appear to have bright futures.

Stay tuned tomorrow as the Vermont rankings are announced.