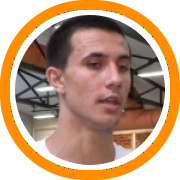 The Granite State is up next as we continue to roll out our post-summer rankings throughout New England’s six states.

It should come as no surprise that Brewster Academy forward Chris McCullough remains the top ranked player in the state.  Widely considered to be among the premier forwards and best long-term prospects in the country, McCullough is already committed to Syracuse and preparing to make his Team USA debut at next month’s Developmental Mini-Camp.

Not far behind is Kimball Union forward Abdul-Malik Abu who made national headlines this weekend along with his Expressions Elite teammate, Jared Terrell, as they announced their respective commitments to N.C. State and Oklahoma State.

This spring and summer was really Abu’s national coming out party as he first distinguished himself during the EYBL regular season, only to follow that up with starring performances at the Nike Big Man Academy and then the Nike Global Challenge.

Terrell had a very strong EYBL season in his own right, earning praise not just because of his scoring and playmaking ability but also for his toughness and competitive nature.

New Hampton big man Tory Miller is one of the most sought after men in New England these days with potential suitors including the likes of Marquette, Arizona State, Colorado, Georgia Tech, VCU, and California among others.  He currently sits in the fourth spot.

Brewster Academy guard Kevin Zabo rounds out the top five.  The Canadian native made an early commitment to San Diego State this summer where he figures capable of making an immediate impact and helping the Aztecs maintain their position as one of the west coast’s premier mid-majors.

Holderness forward Willem Brandwijk was among New England’s biggest stock risers this summer as he pulled in a variety of mid-major offers during the three-week period while the New Hampton tandem of Mike Auger and Mike Leblanc were equally impressive during the month of July, leading to their early commitments to Penn and Princeton respectively.

New Hampton’s Anthony Pate remains a little under-recruited but has made significant strides in his game within the last six months, transitioning from a volume scorer to a more reliable and versatile guard capable of impacting the game in different ways.

Kimball Union sniper Malcolm Brent rounds out New Hampshire’s top ten.  Brent made headlines early in the summer when he picked up his first division one offer from Ole Miss, only to continue to add new interest and offers as the month went on.

To view the New Hampshire 2014 rankings in their entirety, please click here.