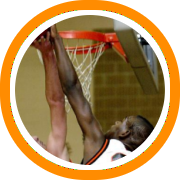 Offense is the name of the game in the summer as unfortunately it’s often easy for the defensive stars to go unnoticed.  Well we thought it was time to change that and so we put together our version of New England’s All Defensive Teams, recognizing the region’s top individual defenders.

Center – Theodore Boyomo – The big man is as college ready of a defensive anchor as there is in New England.  He does it all on this end of the floor with the size and strength to guard opposing low post scorers without help on the block, the mobility and timing to erase teammate’s mistakes with his help-side shot blocking, and nose for the ball to finish plays by cleaning up the glass.

Forward – Dartaye Ruffin – When you talk about help-side defense must people instinctively think about shot blocking, and while a blocked shot is often times the result of a good rotation, the rotation itself is far more important.  Ruffin may not be the shot blocker that some other high level big men are but there’s no one in New England who rotates defensively better than he does, which is why he may very well be the best team defender there is in the region.

Forward – Melvin Ejim – When he arrived at Brewster Academy at this time last year he was an incredible athlete who was still raw on both ends of the ball.  But after a full year at Brewster, Ejim has really learned how to utilize his physical tools to become a lock down defender.  His quickness and power allows him the versatility to guard multiple positions while his quick bounce makes him a dangerous shot blocker from the weak side in his own right.

Guard – Chris Evans – Evans not only has the physical gifts to be a great defender, but he has the right state of mind.  He’s as competitive as they get and takes pride in shutting down the opposition’s best perimeter scorer every night.  His biggest weapon may be the upper body strength and smarts to be physical with his man without fouling.  His defensive stardom was a big reason why his CBC team took 6 tournament titles this year without having the luxury of a true offensive star.

Guard – Lenzie Harrison – Defense runs in Harrison’s bloodlines as his uncle, Larry Harrison, is a long time assistant coach for current West Virginia boss Bob Huggins.  There isn’t a better full court on-the-ball defender than the former Danbury High School product and current Lee Academy post-grad.  He has the quickness and intelligence to apply the perfect amount of ball pressure while always keeping the man in front of him, and he’s just as effective containing scoring guards in the half-court.

Center – Carson Desrosiers – The shot blocking numbers he put up during the high school season where nothing short of incredible as he was a complete eraser from the weak side of the floor and just as good on the ball.  But he needs to get stronger in order to guard the ball on the block at a high level of college basketball.

Center/Forward – Imoh Silas – He’s a lot like Boyomo with his ability to block shots and clean the glass.  Mobility is also a big factor in his favor as he changes ends well enough to be a deterrent in transition and moves well laterally too.  He already has a strong frame but if he can put on another 15 pounds of muscle this year watch out.

Forward – Denzel Jones – Speaking of mobile big men Jones is a super athletic 4-man who runs, slides, and bounces.  He guards multiple positions, is quick to rotate, and blocks shots on and off the ball.

Guard – Matt Brown – He didn’t get enough recognition for his defense last year at NMH as he showed the quickness to contain smaller point guards and the size and strength to defend big, strong, athletic players on the wing.

Guard – Marcus Grant – Has the quickness, length, wiry strength, and football mentality to lock up the perimeter.  A great showing at AAU Nationals against Austin Rivers, one of the most complete guards in the country, just proved it.

Guard – Luke Matarazzo – Similar to Harrison he can not only pick the ball-handler up full court but also pressure him into mistakes or turn him multiple times.  A strong core also gives him the strength to be physical in the half court.

Center – Andre Drummond – No one possesses a better physical package of size, length, mobility, and athleticism, and consequently his defensive upside is off the charts.  He’s already a game changer on that end as he blocks shots equally well with both hands and dominates the glass when he wants to.

Forward – Nerlens Noel – He has a lot of the same tools as Drummond does, but what really makes him great on the defensive end are his instincts.  He has a great nose for the ball, rotates at just the right time, rarely gets faked into leaving his feet, and seems to have a natural understanding of how to utilize angles.

Forward/Guard – Canaan Severin – Severin is a very athletic wing player who best utilizes those physical gifts on the defensive end of the floor.  He’s just as good locking up a scorer in the half-court as he is jumping into passing lanes and making plays in the full court.

Guard – Zach Hurynowicz – He may not kill you with his quickness, but his quick wit is a different story.  He’s a college ready perimeter defender who doesn’t give up lay-ups, contests all shots, takes the ball whenever it’s shown to him, and knows where and when to rotate.

Guard – Jaymie Spears – The incoming St. Mark’s guard makes his fair share of plays while still working the percentages.  He makes good decisions while still using his quickness to speed up the ball while containing his man at all costs.