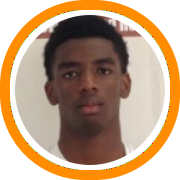 The long drive to Reading, Pennsylvania proved to be well worth it for more than a couple of New England products this week, as they seized an opportunity to stand out in front of long lines of college coaches at session II of the Hoop Group Elite Camp.

Of course, Malcolm Brent was the big story after landing his first division I scholarship offer from Ole Miss, but he certainly wasn’t the only product to stand out.

His Metro Boston brethren were equally impressive.  Bobby Ahearn had a consistent following of coaches throughout the week and didn’t disappoint them.  In a camp setting, where players get caught up in trying to prove what they can do, Ahearn differentiated himself by being highly productive.  Yes, he showed the range on his jumper but he also scored in versatile ways while making some heady passes and going to the glass.

Ahearn was paired with another local prep product in St. Andrew’s center Andre  Berry, and together they form a potent one-two punch on the interior.  Berry was a massive force to be reckoned with down low, creating space, securing rebounds, and finishing around the hoop.

Another Metro Boston forward, Holderness’ Willem Brandwijk had a huge week of camp and ended up walking away with a list of offers that now includes Hofstra, Vermont, and Binghamton while developing a following of far more.  Playing with a lot of confidence, Brandwijk asserted himself both inside and out, knocking down jumpers and flushing dunks alike.

Bunnell swingman Isaac Vann developed a big following of his own that is sure to carry over to the AAU circuit, where he and Schadrac Casimir, will again lead the way for USAD this month.  The long and athletic swingman was at his best in the open floor and took advantage of the up and down style of camp.

Another local guard who helped himself this week was East Catholic’s Winston Morgan.  The Albany City Rocks sniper was one of the best three-point shooters in the EYBL during the regular season and continued to drill shots this week throughout camp.

With an eye on the underclassmen there were three rising juniors who all stood out.  Tops among them was Norwalk’s Steve Enoch, who was riding a wave of momentum coming off a breakout performance at the New England Elite 75 Showcase.  The Team Up big man captured the attention of coaches from a variety of levels with his tremendous physical tools and potential, and ended up playing his way into the camp’s underclassmen all-star game.

Ridgefield forward Patrick Racy and Kent guard Jamal Lucas also stood out.  Racy looks significantly stronger than he did at the beginning of the AAU season and impressed with his skill set and solid floor game.  Lucas’ size, length, and athleticism were on full display as he was all over the court on both ends of the floor.