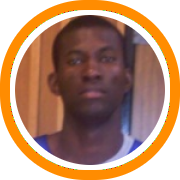 Early on it looked as if South Kent might run away with this one as they opened the game with a 13-2 run and led by double figures throughout the entire first half and much of the second.  Mike Burwell, Omari Lawrence, Kevin Parrom, Nari Namizito, and Anthony Cousins all connected from behind the three-point line in the first half as the Cardinals seemed to be making everything early.  With their shooting prowess stretching the Bridgton defense, the Cardinal frontcourt got into the act as well as Ryan Brooks and Jackie Carmichael were both able to score in the paint.  The first 30 minutes of the game was really just a case of pick your poison for Bridgton as the South Kent offense was clicking on all cylinders.

But true to tradition, this Bridgton team wasn’t about to go down without a fight.  Wolverine head coach Whit Lesure switched to a zone defense which helped slow down the South Kent offensive onslaught.  With 11:30 left on the clock, Bridgton closed the margin to 69-60, cutting the lead to single digits for the first time since the game’s first few minutes.  Bridgton would continue to chip away for the next five minutes as Jack Houpt, Carl Blair, and Duane Smith all made big shots to cut into the lead.  It was at the five minute mark that a Malik Stith driving lay-up would give the Wolverines their first lead of the game, 78-77.  Stith would follow that play up with two more consecutive buckets, making another strong drive to the rim and then pulling up for a short jumper with just under three minutes to play to give his team an 82-78 lead.

Now it was South Kent’s turn to fight back, and the Cardinals proved up to the task.  After scoring on the next possession, Brooks came up with a crucial block on the defensive end of the floor, then took off down the middle of the court, and finished his team’s break with a thunderous dunk to tie the score at 82 with just 90 seconds left to play.  But Bridgton would counter with a 5-0 run behind a pair of free-throws from Blair and a three-point play in the open floor from Stith.  With South Kent now down by 5 with just under a minute to play, Cardinal’s head coach Kelvin Jefferson called a time-out to draw up a play to give Burwell a three-point look.  The play worked to perfection and the South Florida bound swingman knocked down the shot to cut Bridgton’s lead to 2.

South Kent would get the ball back, now trailing 87-85, and with 15 seconds left to play they would again go to Burwell.  Bridgton’s defenders swarmed him and forced him into a contested shot.  Bridgton’s Stith came away with the rebound and pushed it ahead with no one between him and the rim.  From literally out of nowhere, Parrom came flying into the picture and blocked Stith’s lay-up off the backboard.  But unfortunately for Parrom, there were three Bridgton players there waiting to clean up the glass as they had sprinted down the floor trailing the play.  Bridgton would go on to earn an 89-85 win and claim their fourth Class A title in the last five years.  Malik Stith was named the game’s most valuable player.

Alex Oriakhi owned the both the first few minutes of the game as well as the last few.  The 6’9” Tilton center opened the contest with a left-handed hook on the opening possession.  He would follow that up in the next eight minutes with two tip-in dunks and another left handed hook shot, this one when spinning away from the double team.  Behind Oriakhi’s dominance in the opening minutes Tilton was able to establish an early lead, but it was short lived as the two teams went into the locker room deadlocked at 32.

The two clubs would stay essentially even throughout the first 11 minutes of the second half as they were tied at 49 with just nine minutes left to play.  But that’s when MPS made their run.  It began when Corey Wright pulled up off the dribble for a three-pointer.  On the ensuing possession, Reuben Cabrea pulled down a defensive rebound and then threw a long outlet pass, Kevin Love style, to Chris Flores who finished at the rim while also getting fouled.  Thirty seconds later a Wright reverse lay-up in transition would make Marianapolis’ lead 61-49 with just under six minutes to play.  Tilton, clearly rattled, was struggling on both ends of the court, taking quick shots on the offensive end and not being aggressive enough on the defensive glass.

But Rams head coach Marcus O’Neil called a time-out and prepared his team to put on their full court press.  The next five minutes would be the day’s most exciting as Tilton utilized their defensive pressure to force Marianapolis into turnovers.  Meanwhile Scotty Tavares stepped up to knock down multiple three-pointers to draw his team closer.  But Marianapolis didn’t stop scoring either as Chris Flores was tremendous, doing all he could to single handedly withstand Tilton’s run.  Finally, with just over two minutes to play, Jamal Coombs-McDaniel would follow up on his own miss in the open floor to tie the score at 70.  Oriakhi would score the next four points of the game from the free-throw line helping Tilton to a 74-70 lead with under a minute to play.  After Chris Flores hit a pull-up and Coombs-McDaniel went 1 of 2 at the free-throw line, Marianapolis had the ball down two with just under ten seconds to play.  They again put the ball in Flores’ hands and allowed him to make a play.  The post-graduate went hard to the rim before being clobbered.  With 2.3 seconds left on the clock he calmly stepped up and drained both free-throws to force overtime.

After the dramatic final five minutes of regulation, most were expecting the extra period to be more of the same.  But that wouldn’t be the case as Oriakhi converted a three-point play on the opening possession which set the tone for his team to pull away 87-78.  The victory gives Tilton their second consecutive class B title.  Oriakhi was the natural choice as the game’s most valuable player.

The clock struck midnight for Cinderella as St. Mark’s ran away with the class C championship, ending Holderness’ dramatic run through the field.  Holderness didn’t have an answer for either St. Mark’s size on the interior, nor their pick and roll game from the perimeter.  Erik Murphy earned MVP honors with 18 points, but head coach Dave Lubick’s squad utilized an extremely balanced offensive attack to take their second consecutive title.  Nate Lubick had 15 points, Melsahn Basabe 14, Alex Murphy 13, Russell Braithwaite 8, and Dave Johnson 11 points to go along with 12 assists.

Holderness’ sophomore center Imoh Silas showed glimpses of his intriguing potential, while junior forward Alex Francis made a variety of athletic plays around the rim and even knocked down an open three-pointer, but ultimately, Holderness just couldn’t contain the versatility of St. Mark’s attack.

While Murphy, Lubick, and Johnson have formed the core three for St. Mark’s throughout the season, today’s final exemplified the strides that Basabe and Alex Murphy have both made in the last few weeks.  Both have taken their games to new levels and appear poised to accept starring roles next year alongside Lubick.

Pingree defeated Bancroft for the fourth time this season to capture the NEPSAC class D1 title today.  Allen Williamson capped his tremendous post-season with MVP honors as he scored 19 points while grabbing 14 rebounds.  Williamson averaged 31 points per game in Pingree’s three tournament wins and finished his high school career with a staggering 2096 points.

But the senior forward wasn’t the only notable performer in Sunday’s final as Cody Addison added 16 points and 10 assists while Lamar Rey scored 19, including his 1000th in a Pingree uniform.

Pingree sealed the win with a decisive second half where they set the tone on the defensive end, limiting Bancroft to just 7 second half field goals.  Pingree finishes their championship season with an overall record of 25-7 including a mark of 17-0 in the EIL.