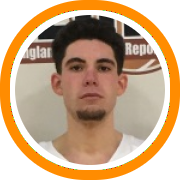 With Cheshire Academy, Suffield Academy, and Williston Northampton all moving up in NEPSAC classification this season, Class B is wide open. Here’s a look at the top contenders:

Brooks – John McVeigh’s club has been a model of consistency over the years, finishing second overall in the ISL for four straight years and making three straight trips to the NEPSAC semifinals before falling to Cheshire in last season’s championship game. They’re looking to get over the hump this year but might have to do it without junior point guard Ikenna Ndugba, who is currently out with a shoulder injury. Fortunately there is a plethora of depth on hand beginning with senior guards Lavar Harewood, who is already committed to Maine, and Dontae Christian. There’s plenty of size in place too with Charlie Crockett and Aser Ghebremichael on the frontline while Ceasar Adim provides a strong slasher and athletic wing. Underclassmen Ethan Gabert-Doyon and Tamenang Choh could alsp be important parts of the rotation, as would have Keigan Kerby who is also out with injury.

Rivers – The Red Wings have a young, but undeniably talented core under head coach Andrew Mirken, and it all starts with sophomore sensation Jermaine Samuels who took the league by storm in his debut season a year ago. He’ll have the X firmly on his back this season, but that might not matter as there simply aren’t many players capable of matching his size, athleticism, and game in Class B. Connor MacIsaac and Ross Carter give them a quality interior tandem, but the key to the team could be how quickly the backcourt trio of Azar Swain, Jamari Venter, and Tyler Aronson are able to mature and handle the ball-handling and playmaking responsibilities for this club.

Canterbury – Brandon Aughburns is very likely the league’s top interior talent but he’s just one piece of the puzzle at Canterbury. The six-foot-eight big man will be surrounded by four talented players on the perimeter beginning with senior guard Temar Robinson-Hermelijn, who recently scored the 1000th point of his career. Shane Pearley is a powerful post-graduate guard who will joinssenior Koree Hargreaves and sophomore Keith Rado in the backcourt while six-foot-five junior swingman Shawn Montague is one of the better sleepers in New England this season.

Millbrook – Always extremely well coached under Billy Thom, Millbrook has the pieces to make a run this year. There’s ample size beginning with six-foot-seven forward Will Rayman, who can fill a variety of roles and positions for this club because of his skill and versatility. Six-foot-six Irish import Matty Rudak is an important addition to the frontline where he’ll be joined by six-foot-seven junior Dave Bottenberg, six-foot-five Alex Beal, and six-foot-five Josh Clarke. Chris Williams should headline the backcourt, but don’t be surprised to see this club go big at various points throughout the season.

Beaver Country Day – They may be young and undersized, but Juan Figueroa’s clubs are always scrappy, disciplined, and competitive and this year will be no different. There’s a plethora of young backcourt talent on hand beginning with junior Keyshaun Jacobs. Sophomore Javon Taylor has already made an early pledge to Providence while classmate Nate Freeman could be on the verge of a breakout season as well. Shandon Brown is one of the top freshmen guards in New England while Kent Ellerston is a junior who will make big contributions.

St. Mark’s – Brian Burbank begins his second season at the helm of the St. Mark’s program and returns a talented trio to build around. Marcos Echeverria is an undersized guard who can put big points on the board, both off the bounce or with his jumper, as can junior forward Jordan Scurry. The Wildcard is Aaron McLean, the six-foot-six forward who has already committed to UConn for basketball. If he returns to the hardwood for one more season, he’ll be a force in the paint. If not, it will be a major void for St. Mark’s to fill.

Roxbury Latin – The post Patrick Benzan era has begun at Roxbury Latin, but there are still two holdovers from last season’s big three to lead the team this year. Rohan Shukla and Steven Daley should both be headed for big seasons, while the addition of talented freshman Sebastijan Skoko will also help RL’d attack.

Thayer Academy – They’ll be notably more talented than they were a year ago thanks to a pair of incoming sophomores in Jordan Mello-Klein and Javaughn Edmonds. That duo should help them contend for a spot in the post-season while they lay the foundation for the future.