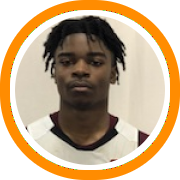 NEPSAC basketball may be best known for their powerhouse programs in Class AAA and AA, but the league's depth increases with each passing year and as a result so too does the competition in other classes.

This year, Class B and Class C both look especially competitive and today we continue our look at the coming season and what to expect.

Beaver Country Day – Juan Figueroa has a ton of perimeter firepower at his disposal. Seniors Keyshaun Jacobs and Kent Ellerston lead the way but the underclassmen are critical for this club especially with sophomore standout Shandon Brown running the point and Javon Taylor and Nate Freeman forming a tough tandem in the junior class. They don’t have a ton of size, but if they run teams off the floor they might not need it.

Brooks – John McVeigh’s squad always seems to be a contender. This year’s club is young but incredibly deep. Ikenna Ndugba gives him a senior floor general to run the show while Tamenang Choh and Fru Che anchor the frontcourt. Adonis Williams, Ethan Gabert-Doyon and Isaiah Godwin form a dependable perimeter trio in the class of 2017 while the young core is formed by Keigan Kerby, Brian Wright-Kinsey and Jacob Iwowo.

Canterbury – The defending champions lose quite a bit from last year’s squad but they return Shawn Montague, a potentially explosive wing capable of putting up big numbers, as well as Keith Rado, a crafty and cerebral guard in the class of 2017. DeAnte Bruton has proven to be a big addition as the playmaking guard has put up huge numbers to start the season. Mike Sulik, Ben Austin and Evan Goldberg help lead the supporting cast.

Marianapolis Prep – The longtime AA power has moved down to Class B, where they figure to be an immediate contender. Dominique Senat is a physical presence inside the lane on both ends of the floor while sophomore guard Tyler Burton should be poised for a big sophomore season. Sebastian Ntansah, Tyler Lefebvre and Kevin are all experienced seniors who should be steady contributors for Andrew Vitale as well.

Pomfret School – St. Joe’s bound big man Gerald Blount is back, along with fellow senior Cam Winston, and together they provide Pomfret with one of the more formidable inside-out duos in all of Class B. This year though, that duo expands to a big three thanks to the arrival of Christian Wilson, a long and wiry slasher on the wing who transfers in from Holy Cross High School in New York.

Rivers – First year head coach Keith Zalaski inherits a squad that should immediately be able to contend. Jermaine Samuels is the best player in the league, even while still just recovering from injury, while Azar Swain has proven he can put the team on his back as well. It’s far from a one man show however as Ross Carter, Connor MacIsaac and Tyler Aronson are all quality pieces that can help the Red Wings contend for a championship right away.

Thayer Academy – Junior guard Jordan Mello-Klein could be ready to assert himself as one of the top scoring guards in Class B while Javaughn Edmonds has a significant upside and could be on the verge of a breakout season as well. Connor Gibson is just a sophomore, but he too should be ready to step up and provide immediate contributions for this club.

Greens Farms – For three time NEPSAC tourney champ, Greens Farms Academy to contend for a fourth straight trophy in 2016, they will need to find a way to reload after losing All New England players Zach Baines and Jim Djema. Their main returnee, 6'8 Sunday Okeke is also sidelined through December rehabbing a knee. That will put the focus on returning starters Isaac Manton and Chile Larraguibel. Two new transfers Dom Cristiano and Elvin Rodriguez are also expected to be big factors.

Pingree – Pingree once again should have a major impact on the NEPSAC Class C race as they bring back a veteran group that has competed in the New England semi-finals that last three seasons. The Highlanders will be led by the dynamic backcourt of Chad Dicenzo, Jeff Oliviera, and Justin Assad. Pingree will be helped with an infusion of repeat juniors into the program with the additions of forwards Jackson Latimer and Alonzo Jackson.

St. Luke’s – The Storm return a solid portion of their NEPSAC semi-final squad from last season, including a much more polished Walter Whyte with about 15 D1 offers. Other key returners are Jonas Harper and Jalen Latta. However, their strength might just be in the depth that they have added with newcomers Joel Boyce ’17, sharpshooter Andrew Varoli ’17, and 6-4 sophomore John Wisdom. 6-8 Freshman Jack Vaske will also hope to add some needed size off the bench. SLS is looking to make a statement this season with an enhanced non-league schedule against several NEPSAC powers.

Wheeler – Fresh off their 4th consecutive NEPSAC Tournament Selection, the Warriors will look to once again make some noise in Class C play. Behind Sam Hunt, Will Foulkes, and Graham Lynch, along with a handful of savvy underclassmen, Wheeler may have just enough pieces to create some surprises this winter.

Winchendon – Last year’s New England Runner-Up wants nothing more than another chance at the Class C Championship. Leading the attack for Winchendon are a pair of seniors: 6’7’’ Baris Ulker and 6’2’’ point guard Garrett Dintaman.

Providence Country Day – After missing out on last year’s Class C Tournament, the Knights return a solid nucleus of senior scorers to get them back into the mix – Joe McNamara, Josh Silva, and Alex Holloway.

Hyde (CT) – The reigning SENE Champions made an early exit from the New England Tournament last season and are eager to make it back. However, they will have to fill the void of Class C POY, Dexter Thompson, and All New England guard, Damon Gomes. Eamonn Joyce seems likely to be their go-to guy, as the 6’8’’ Southern New Hampshire commit has an ability to finish in and away from the basket.

Hyde (ME) – The Phoenix will return to NEPSAC play after a hiatus playing in the Maine Public School League. Hyde is led by a strong backcourt; senior Antoine Montgomery and junior Miguel Prieto are talented players that will anchor their backcourt this season. Hyde will be tested early and often this season, with many difficult matchups on the road.

Dexter – The maroon and silver are looking to build with young talent while carrying the momentum from their first playoff appearance in school history. Dexter will be young but talented with newcomers, Noah Kamba and Charles Coleman. Coleman is a 6'8" versatile forward and Kamba is a 5'11 point guard who has the ability to create well off the bounce.  These young players will be mentored by the strong leadership from returning players Dak Ojuka and 6'9 Xavier Mulligan.