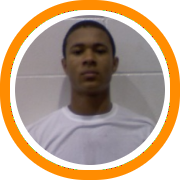 Tre Bowman had 25 points and Bryon Allen scored 16 to lead STM into the semi-finals where they’ll meet No. 1 seed Brewster Academy.

STM took a 36-33 lead into halftime and came out on a 10-0 run but Ronnie Mack would bring South Kent back within single digits on three big shots from beyond the arc as the game went on.

With four minutes left and STM continuing to feel the effects of South Kent’s switch to zone, Russ Smith (Louisville) came up with a steal in the backcourt and took it the length of the floor to give South Kent the lead. JJ Moore (Pittsburgh) would steal one himself and pushed it to a four-point edge.

Matt Conway hit a three-pointer from the corner to bring STM within one and Andre Drummond sank two free throws to regain the lead, then pressured Smith on the sideline and forced him out of bounds before he could cross half court.

Mack would respond again for South Kent and hit another three-pointer to cut the gap to three, 81-78, with just under a minute remaining.

Smith and Moore then missed on a pair of rushed three-pointers, and Allen hit two free throws for STM to further extend the lead.

Drummond altered Smith’s shot on a drive to the rim that ultimately sealed it for STM.

Moore had 17 and Smith scored 11 in the loss for South Kent who had just eight players available for the game, notably Vernell Blackman (injury) and Danny Lawhorn (not with team).

Trahson Burrell did not dress for STM.

Top-seeded Brewster jumped out to a 24-11 lead that forced Bridgton into its first timeout just over five minutes into the game.

Will Barton (Memphis) had a game-high 28 points and Melvin Ejim (Iowa State) scored 23 points as Brewster never let up and cruised to the landslide win.

Naadir Tharpe and Maurice Walker added 11 and 10 a piece in the win.

Alex Harris had 22 for Bridgton, who were also without DaShun Wiggins.

Hector Harold (Pepperdine) scored 20 points and Josh Elbaum had 10 points and several steals as NMH rallied to knock off MCI in the teams’ only head-to-head meeting of the season.

Both teams played the first half without the services of their big men as Majok Majok and Levan Shengalia were saddled with two fouls each.

MCI took the first commanding lead of the game when it went up nine as the half wore down but NMH rallied with a 10-0 run just before intermission, putting them up 27-26.

Harold and NMH jumped MCI out the gate but nearly let a 15-point lead slip away down the stretch as Shengalia and MCI got as close as four points with just over a minute remaining, until Elbaum and others made key defensive stops.

Ferguson started the second half on a personal run that pushed further Winchendon’s 32-30 halftime lead and forced a New Hampton timeout.

Ireland and Marvin Dominique finished with 15 a piece in the win.

To read more from Pat Stevens you can visit his blog at www.patstevensbasketball.com