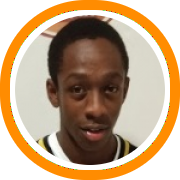 Last weekend's New England Hoops Festival was loaded with young talent, with many of the region's top programs represented in the 9th and 10th grade divisions.

Ultimately, it was BABC and Expressions Elite that walked away with championships in the two divisions respectively.

Expressions took the title in the 10th grade division with a team comprised primarily of 9th graders. They relied on a "big three" of Brycen Goodine, Tommy ONeil, and Nyzair Rountree to lead the way on Saturday while getting an additional spark from veteran sophomores like Ulyen Coleman and Philmon Gebrewhit. Highly talented freshmen Preston Santos rejoined the mix on Sunday and played a critical role in their trip to the championship while twin brothers Charlie and Charles Mitchell were spark-plugs off the bench with their relentless motors.

BABC was equally dominant in their run to the 9th grade title, impressing not just with their trademark defense but also by tremendous collective ball-movement and passing. They are paced by a trio of heady, playmaking guards in Tanajh Pettway, Shandon Brown, and Maurice Works while Cole Swider is the resident shot-maker. Martin Mann and Devondre Edmonds anchored the paint, but were equally willing passers from the high post, while Paul Durkee, Cameron Ray, Kristopher Mark, and Julian Howell all stepped up to make notable contributions this weekend as well.

The New England Playaz were no less impressive this weekend, finishing 3-0 on Saturday. Freshman big man Chris Doherty was a load inside creating contact and scoring over both shoulders while Aaron Falzon might have been the most impressive individual prospect in the gym on Saturday. Nate Laszewski, who made a name for himself at the Stars of Tomorrow Camp and the Elite 75 Frosh/Soph Showcase is going to be an important long-term addition for the program, while Jared Simmons is another notable newcomer. Mike Mundowa, a sophomore guard from Vermont Academy, also played his way into the NERR prospect database.

Here's a look at some other underclassmen who caught our eye this weekend:

Justin Connolly & D.J. Frechette, Mass Elite - Connolly has the size and shooting touch to develop into a nice wing prospect, or potentially even a face-up four-man if he can add a couple more inches, while Frechette is a bigger guard with a solid frame who both made shots off screens and plays off the bounce.

Malik Jackson, Middlesex Magic - He was the hero of a dramatic Saturday afternoon for the Magic, scoring consecutive late buckets, including the game winner as he split a pair of defenders and converted an off-balance runner that just beat thet buzzer.

Doug Alves & E.J. Dambreville, Boston Bobcats - Alves is a talented lefty guard who made shots to the arc and utilized a patented shot-fake in the 9th grade division while Dambreville was a nice looking prospect for the 10th graders, combining a relatively long and athletic build with a foundation of skill.

Cam Keefe, Wolfpack - A lefty four-man with a clear-cut weapon around the paint, Keefe made consistent work of defenders who allowed him to turn his right shoulder and get to his baby hook, standing out as one of the most consistent interior scorers in the division.

Isaiah Williams, Connecticut Select - It was another impressive weekend for the Select freshmen as they made a run all the way to the finals, Williams led the offensive charge in the semis, finishing with 28 points on a series of deep jumpers and tough lefty drives.