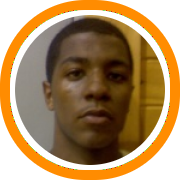 The top eight prep school teams in the country will converge on Endicott College in Beverly Massachusetts today for the quarter-finals of the National Prep Championship.  The first match-up will take place at 2pm as the Patterson School meets Bridgton Academy.  The second game tips at 4pm and features Hargrave Military Academy against the Winchendon School.  At 6pm two local rivals will square off as Notre Dame Prep will face Brewster Academy.  The final match-up of the day will be South Kent School and Tilton School at 8pm.

Patterson/Bridgton Preview:  Bridgton will be riding high coming off their NEPSAC Class A championship on Sunday.  Patterson would appear to have an advantage in the frontcourt as Washington bound forward Clarence Trent is just the tip of the iceberg.  He’s supplemented by three other high-major type talents in 6’11” Hassan Whiteside, 6’8” Rashanti Harris, and 7’1” David Nyarsuk.  Bridgton will need both Duane Smith and Chad July to play well up front, but perhaps even more importantly they’ll need to win the battle in the backcourt.  Malik Stith and Carl Blair were both tremendous on Sunday and will need to do it again if Bridgton is to advance to the semi-finals.

Hargrave/Winchendon Preview:  This is a rematch of a game played in November at the National Prep Showcase.  Hargrave won that game convincingly, but this is a different Winchendon team.  They were playing their best basketball of the year in January before several of their key players got injured.  Many of those guys are back now and you can be sure that head coach Mike Byrnes will have them ready to go as they’re always jacked up to play Hargrave.  Neutralizing Hargrave’s 1-2 scoring punch on the wing of Maurice Creek and Freddie Riley will be crucial if Winchendon hopes to advance to the semi-finals.

Notre Dame/Brewster Preview:  This will be the fourth time that these two teams have met during the course of the year.  Notre Dame currently holds a 2-1 edge, but all three match-ups have gone down the stretch.  It’s a good bet that the fourth game will be no different as these two teams have firepower both inside and out.  Notre Dame will continue to rely on their core of Johnnie Lacey, Sean Kilpatrick, and James Southerland.  Ron Giplaye and Jake Barnett are also playing good basketball.  Andrew Fitzgerald and Reggie Moore have both been consistent down the stretch for Brewster, but Thomas Robinson and Naadir Tharpe are the x-factors.  If they play well, Brewster can beat anyone.

South Kent/Tilton Preview:  Both teams were in action on Tuesday as South Kent fell to Bridgton in the class A final while Tilton beat Marianapolis in overtime.  These two teams met a month ago and South Kent won in convincing style.  But they’ll need to be resilient enough to bounce back from Sunday’s disappointing loss to duplicate that performance.  Alex Oriakhi, Jamal Coombs-McDaniel, and Gerard Coleman may be as good as anyone’s first three, but South Kent’s depth at all positions is a huge advantage.