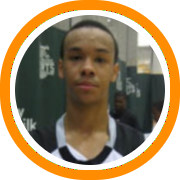 Niagara and Quinnipiac were also in attendance to get a look at senior guard Denzel Brito and potentially others including junior swingman Marcus Grant and junior big man Sarkie Ampin.

Napier solidified himself as a top 50 player in the class of 2011 with a terrific month of July.  He never played to more rave reviews than he did late in the month when he led Metro Boston to a deep run at AAU Nationals, reportedly outplaying Phil Pressey in the process.

Napier currently claims scholarship offers from Miami, Memphis, St. John’s, Tulane, Virginia, Providence, UMass, and Houston.  He has a host of other high major programs actively evaluating and recruiting him including Villanova, Kentucky, UConn, and Pittsburgh.