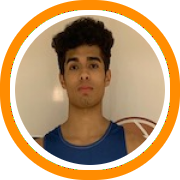 Our final state association preview takes us to Vermont and the VPA, which was another state where we got an early glimpse of some of the top local talent during our Fall Open Gym Series.

On Friday night, the state’s two most notable undefeated teams squared off as Champlain Valley Union traveled to Rice Memorial and came away with a convincing 76-55 road win.

Perhaps more than any of New England’s six states, the talent tends to be top-heavy in Vermont with many of the state’s best players clustered among a handful of top teams.

Here’s a rundown of the names to know:

Ethan Harvey ’20 & Tyler Morehouse ‘21, Champlain Valley Union – CVU has one of the deeper rosters in the state and are off to a 6-0 start to the season following Friday night’s win. Harvey is the senior leader and a skilled guard who has continued to come on during the course of his career. Morehouse, a junior guard who spent some time on the JV team last year, has been another key contributor including a recent 20-point performance over MAU and a team-high 17 last night. Noah Allen and Baker Angstman were also keys to Friday’s win.

Michel Ndayishimiye ’21, Mohammed Awayle ’21, & Bila Bogre ’21, Rice Memorial – Despite their most recent setback, Rice is a perennial contender in Vermont and set-up to be among the state’s best for at least the next two years with a particularly strong junior class. It all starts with Ndayishimiye, the explosive scoring guard who has already done for as many as 37 in a game against Burlington earlier this year. Awayle and Bogre are two undersized guards that give the team a potent three-guard line-up while Heath Walker and Sharif Sharif are two underclassmen to keep an eye on.

Connor Philbrick, Mount Mansfield ’20 – Fresh off a trip to the D1 semifinals a year ago, MMU returns arguably the state’s top big man in Philbrick, a strong and wide post player with poise and footwork inside. The 6-foot-6 wasn’t enough last week against CVU, but he scored 25 on Friday to lead MMU over South Burlington and gives head coach Jeff Davis a clear weapon inside in his final season at the helm of the program.

Evan Parker ’20, Tyler Gammon ’21, & DeVonte Jackson ’21, South Burlington – Parker is a knockdown shooter who is capable of making shots in bunches once he gets going. He recently had 29 points in a 66-61 win over Essex, including 18 in the fourth quarter and the game winning three. Jackson is an up-tempo guard who emerged in our Open Gym Series while Gammon is a strong and physical forward with a high-motor. Ryan Sweet is a freshman to keep an eye on.

Dave Mercure, Mount St. Joseph’s ’20 – A Haitian native in his first year in the US, Mercure came onto our radar at the Vermont open gym and has a key addition for MSJ so far this winter. While he’s still very raw, he has clear long-term tools and a combination of size and athleticism that is rare for the Green Mountain State. His 16-point 11-rebound effort over Windsor helped MSJ snap a recent 3-game losing streak. Andre Prunty, who has 20 points against Montpelier, and Jacob Williams are two sophomores to keep an eye on for the defending D2 champions.

Jensen Daly, Burlington ’20 – Burlington is a dangerous team in the state, and played Rice relatively close before the holiday. Daly, a strong southpaw forward, is a key for them as he can score inside and out including a recent 23-point performance against Mount Anthony.

Ian Steele, Danville ’20 – He has quite a reputation locally despite still being a bit of an unknown outside Vermont’s borders. Steele was the Mountain Division Player of the Year as a junior as well as a Caledonian Records’ Dream Dozen Selection. This year, he’s putting up even bigger numbers including a 30-point performance over Williamstown and a 22 point, 17 rebound, 6 assist outing in a win over Twinfield.

Evan Pockette, Rutland ’21 – Rutland has been to the state championship game in three consecutive years. They fell to St. Johnsbury a year ago but Pockette, who was only a sophomore, was a key contributor and went on to earn 2nd team All-Star honors in the Marable Valley League. A multi-sport star, he missed the Vermont Open Gym this fall because of football but is already known as one of the top juniors in the state. Maddox Traynor is another junior to watch as he continues to grow into his body.

Logan Wendell, St. Johnsbury ’20 – Wendell has emerged into the offensive catalyst for last year’s defending champions.
He dropped 30 on Rice in the season opener, followed that up with a whopping 41 over South Burlington, added 29 more against Burlington, 20 in a lopsided win over Colchester, and most recently 26 in a 70-46 win over Spaulding.