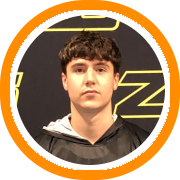 The fourth in a six-part series, our latest state association preview takes us to Rhode Island and the RIIL.

The Ocean State has produced some highly talented prospects over the years – from the Murphy brothers to Mike Marra to Ricky Ledo to David Duke and several others along the way – but the vast majority of them depart for the prep schools eventually.

This year there are some quality prospects to be found in the local ranks, not to mention a couple of seniors looking to punctuate storied careers.

Erickson Bans, Shea – He’s had one of the best high school careers the RIIL has seen in recent years. In fact, he scored his 2000th career point last week, becoming the first player in the state to do that since 1999. Bans is skilled, savvy, and smart. He’s also capable of producing against higher levels of competition as he showed this past spring on the Nike EYBL.

Will Rywolt, Barrington ’20 – Another senior guard who is looking to cap a great career, Rywolt has already scored his 1,000th point and earned consecutive All-State honors. He’s known for his shot-making first and foremost on the grassroots level but gets a chance to show his full arsenal here.

Clay Brochu & Nick Sacchetti, North Kingstown ’20 – The defending champions return one of the best backcourts in the state in Brochu and Sacchetti, were picked pre-season number one because of it, and have backed it up so far with a win over Barrington last week with this tandem combining to score 43 of the teams 62 points.

Justin Tedeschi & Matt Lasalandra, Smithfield ’20 – They’re another potent tandem. Tedeschi had a big week just prior to the holidays including a 26-point performance over MSC where he was a perfect 5-5 from behind the arc. Most recently, the team traveled to New Hampshire for the Keene State Holiday tournament where they finished with a 1-2 record.

Sebastian Thomas, Bishop Hendricken ’21 – The playmaking lefty guard has been putting up huge numbers to start the season and has Hendricken off to a 4-1 start following a recent road trip into New York and New Jersey. He’s scoring in bunches and averaging over 26 points per game while fellow junior guard Justin Perez is continuing to drill shots from behind the arc. Angel Sanchez, Sebastian Basilio, and Cam Hughes are also back for a team that is a perennial favorite in the RIIL.

Tyriek Weeks, Pilgrim ’21 – The son of former UMass star Tyrone Weeks Sr. and younger brother of Minutemen freshman T.J. Weeks, Tyriek comes from obviously good bloodlines and has comparable natural talent to develop in the coming years. The lefty is oozing with potential as he continues to grow into his frame and discover his game, but already able to put up big numbers, including a recent 25-point 22-rebound performance vs. Rogers. Peter Kay provides a quality running mate and additional weapon for Pilgrim.

Jake Bender, LaSalle ‘21 – A skilled big guard who started to break out this past spring and summer, Bender’s winter is already off to an equally fast start. He’s coming off a 29-point performance on Friday night and only just beginning to make a name for himself. Look for Nate Lussier, Dimetri Iafrate, and Raf Awa to play important parts for LaSalle as well.