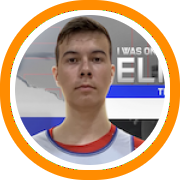 This week, we will begin the process of updating rankings in all states and grades across New England.

It begins in the freshmen class, but not with conventional rankings.

Three years ago, we made the decision to stop “ranking” prospects that young, as history had shown us it was too early in the process to project future levels of success with any certainty and too often those early labels were more of a burden than anything.

Instead, we published a list of the names to know in that grade. That is a list of players who showed early talent and markers for potential future success.

The caveats for the young players are more important than the list itself.

Prospects emerge at different times. Michael Jordan didn’t make his high school varsity team at first. No one had heard of Anthony Davis when he was a freshman. Locally, the same can be said of guys like Pat Connaughton, Wenyen Gabriel, and Duncan Robinson, who all now play in the NBA. So, to all the young prospects who may not make this list but have the belief and work-ethic to keep emerging, don’t let this discourage you.

Conversely, having early talent that distinguishes you from your peers comes with multiple risks.

First and foremost is the risk of complacency. Having talent at an early age means nothing more than you have an opportunity to utilize that talent in the future. It is never a destination, especially this early on. If you’re on this list, you’ve literally accomplished nothing thus far, but only shown you have the tools to do in the future with hard-work, focus, and sound decision-making, both on and off the court.

The other significant risk for highly talented young players is being targeted by adults who will cultivate a relationship for personal gain. That can come in all different types of forms. It’s not even always malicious. Often times, there are well-intentioned adults who lack the experience, perspective, or ability to mentor a talented young person properly.

The response to our recent All-Decade team was a perfect example. While something as arbitrary as that type of list is done for fun more than anything, there are also lessons to be learned from it. What was both surprising and disheartening was the number of people on social media still praising, now adult, players who were undeniably talented as youngsters but didn’t end up maximizing those tools or fulfilling their potential, and failing to give the appropriate due to players who weren’t as celebrated early-on but continued to work and develop over the years and are consequently now playing at an undeniably higher level.

Evaluating young prospects, which all high school aged prospects are, is not about the here and now, it’s about the future. We’re not assessing who the best high school player is right now, we’re assessing a futures market in which we’re trying to project who is going to have the best career. That is why it is impossible to get it entirely right. It is possible to get it clearly wrong though and an easy way to do that is not recognizing the importance of the intangibles in the process. Physical talent and sport specific skill are undeniable requisites, but so too are humility, work-ethic, and sound decision-making.

If you don’t believe us, go look at that All-Decade team, ask yourself why those guys are all full-time NBA players, and multiples of others who, in many cases were initially more talented, are not. The disconnect comes down to those intangibles more often than anything else.

With all of that in mind, here are the 25 names to know so far in the class of 2023. While it’s already clear that some on this list have higher natural talent and upside than others, they are presented in alphabetical order by the last name for the time being.