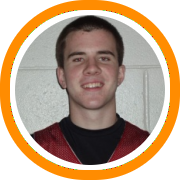 Tim McKinney’s journey to division I college basketball has come to an end, and the final destination turned out to be a school who has been with him since the beginning.

Tim McKinney will head to Bryant University this week and join the team as a red-shirt for the rest of the season.

“I move in on Sunday and start practice on Monday,” McKinney told New England Recruiting Report.

McKinney’s journey to division I college basket has not been without hurdles, in fact the six-foot-five swingman has had to overcome a plethora of obstacles over the years.

After McKinney graduated from Boston College High School in 2008, he had a very successful month of July on the exposure circuit and then began his post-graduate year at Northfield Mount Hermon.

American University was the first division I school to offer a scholarship, coming at the Hoop Mountain Academic All-American Camp, but Bryant became the second only days later.  Before the summer came to an end, McKinney picked up two other offers as well as strong interest from several other schools.

McKinney continued to raise the level of his game and was playing some of the best basketball of his career when he arrived at NMH in the fall, but in only his second week there he went down with a knee injury that required season ending surgery.

It was during the long recovery process that McKinney’s relationship with the Bryant coaching staff went to a new level.

“I literally couldn’t walk for a month and Coach O’Shea and Coach Pina were still calling me every week pretty much throughout the whole year,” McKinney said.

“There were 4 or 5 other schools flirting with me this fall at New Hampton,” he said, “and obviously there was the opportunity to wait it out until the spring but this was just the right fit.  I have such a strong comfort level with all of the coaches and one of the reasons why I’m so excited to go there is because they’re so excited to have me.”

As a red-shirt, McKinney won’t see any time during the remainder of Bryant’s season but will be free to participate in all other team practices and workouts, and then have a full four years of eligibility beginning next season.

“I’m excited to start practicing with the team, working out with the strength and conditioning coach, learning the system, and being ready to go for next year so I can make an impact right away,” he said.

After literally spending years traveling along this basketball journey, McKinney can now look back and realize the importance of several lessons along the way.

“The level of coaches I’ve been exposed to, from a very young age, is pretty amazing to me,” he said.  “From playing with Austin’s dad Coach Carroll at a young age to Craig Stockmal, Bill Loughnane, John at NMH, and Coach Hutchins at New Hampton, you get a glimpse of college practices and the approach you need to take every day.  All of the college practices that I’ve seen are very similar to what we did every day at BC, NMH, and New Hampton.”

With the recruiting process now behind him and his leg back to 100%, there is even value to be found in past injuries and overcoming the correlating obstacles.

“I went from a kid with multiple division I scholarship offers to one who wasn’t even able to play for six months,” he said.  “You learn how to handle adversity when you go through something like that and you also realize how much you love the game.”