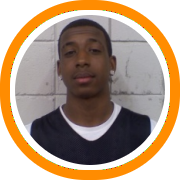 While the state’s best basketball is undoubtedly played in divisions I and II, the MIAA produces some good talent and competitive teams in division III and IV.  This year is no different as there is good basketball on the horizon for the next few months.

Wareham High School – They project to be the state’s most athletic and explosive team in division III.  Jules Tavares has all the tools to be a star and when he decided to return for his junior season that made Wareham instant contenders in our book.  But it will be far from a one man show as Jordan Rezendes is a guard who can score points in bunches from the perimeter and Ryan Pina an athletic and active forward who makes things happen on both ends of the floor.  Darren Gay and Pat Murphy are two other seniors expected to contribute.

Abington High School – When you are the defending champions in your region and return your starting backcourt and arguably your two best players, in point guard Ryan Chambers and Kristian LaPointe, you are typically heavily favored to repeat.  But that may be easier said than done for Abington as they will have to fight off Wareham, O’Bryant, and others just to get out of the southern division.

O’Bryant School of Math & Sciences – Last spring it looked like all hands were abandoning ship, luckily for O’Bryant that didn’t completely come to fruition.  Although the team will have to adjust to the loss of head coach Juan Figueroa, they end up returning all the talent necessary to compete for a state championship in point guard Marco Banegas and freshman forward Wayne Selden, who was actually in the team’s starting line-up last year as an 8th grader.  O’Bryant makes the move down from division II and will benefit from playing their tough regular season schedule.

Weston High School – Alex Levine is coming off an impressive summer in which it looked like he was turning a corner in his development.  If the big man can keep things rolling in the right direction than he will provide Weston with an interior presence that will be tough for anyone to match in division III, and especially in the northern region.  Guard play will be the key as Weston’s backcourt will need to be able to handle pressure and get the ball to their big man in his sweat spots.

•  Defending state champions Watertown will have a hard time replacing the Stockmal twins but the coaching of Steve Harrington and shot making of Marco Coppola will certainly help.

•  Replacing Mike Clifford may be even more of a daunting task for Bishop Feehan but Mike Adams should step up.

•  With Sabis now in division II, New Leadership could be the power program out west behind senior Devante Liverpool.

•  North Reading will be a tough out for anyone led by senior forward Kevin Lentini.

•  The central seems to be wide open with Maynard, Nashoba, Whitinsville Christian, and a host of others potentially capable of claiming the regional crown.

The league could potentially be wide open with past powerhouses Boston Cathedral and North Cambridge Catholic definitely in rebuilding mode.  Cathedral has won three state titles since 2006 but is losing a host of seniors from last year’s squad while big man Mario Monreo and head coach Dan Salazar are among the more prominent pieces of the NCC club not returning this year.

•  New Mission is the big question mark.  Ousmane Drame will be a definite problem in division IV and if the supporting cast is as good as advertised they may be the favorites.

•  Avon is hoping Saleek Marshall kicks the trend and sticks around for the next three years after dropping 20+ points per game as a freshman last season.

•  Joe Mussachia proved he can put points on the board against anyone this summer and he may prove to be the state’s best scorer at this level for Manchester-Essex.