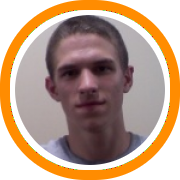 The MIAA has done some reshuffling since last year and no division has been more affected than division II.  With traditional powers like Catholic Memorial moving up to division I and new contenders like Lynn Classical, Sabis, and Scituate being added to the mix, this division will look a lot different than it did a year ago.

Scituate – They make the move from division III to division II after claiming the 2008 state title and advancing to the 2009 south final.  All Scholastic performer Rodney Beldo returns for his senior season and looks poised to put up big numbers for the third consecutive year.  Sam Malone also transfers back to Scituate after spending last season at the Tilton School in New Hampshire.  With Beldo and Malone giving Scituate unquestioned production and continuity in the backcourt, the key will be up front where they will need to replace Andrew McCarthy.  If Scituate’s big men can prove up to the task they could prove to be the favorite in the north.

•  Milton – The defending state champions return one of their best players in Emmanuel Hutcherson, but there aren’t many other familiar faces as Milton lost a ton to graduation as well as freshman sensation Rene Castro to transfer.

•  Duxbury – Brian Grossman is one of the toughest players and best leaders in division II and he will have Duxbury in contention.

•  Stoughton – Dartaye Ruffin is gone but plenty of experience returns along with some new talent in freshman Aaron Calixte.

Woburn – The defending champions in the north return four starters including six-foot-seven junior big man Nick Lund, fellow junior Mikel Simpon, and senior guard Randy Parker.  That means that Woburn has experience and a lot of different pieces all around the court, if not one dominating star.  That recipe worked well for them last year as they peaked at just the right time, advancing all the way to the state semi-finals and finishing the year with a record of 17-6.  Woburn hopes to duplicate that process this year and once again hit their stride come February.

•  Malden – Egi Gjikondi is now at Cushing Academy but Ramon Viches returns to anchor the interior while Billy Bonnet runs the show at the point.

•  Lynn Classical – Jarell Byrd’s transfer to cross town rival Lynn English will hurt but Japer Grassa returns for his senior season in hopes of leading his father’s team to a title.

•  Burlington – Zach Hurynowicz has returned and that means Burlington is a team to be reckoned with in the north.

Sabis Charter – Our favorite in the west has as good of a one-two punch as there is anywhere in the state, never mind just division II.  Andre King put up huge numbers for Sabis last year as a junior and Kamali Bey may be the best sophomore scorer in the state.  Put them together and the duo is capable of going for 50+ points on most nights.  The key will obviously be the supporting cast as Sabis is talented but young beyond their top two.

•  Hoosac Valley – The defending champions in the west return the majority of their line-up including senior forward Robbie Burke, but Sabis’ ascension into division II gives them new found competition.

•  Mahar – Outside of western Mass few have heard of this club, but they return all five starters including scorer Dane Jobst.

Groton Dunstable – Ryan Romich provides a starring senior presence who could be a jack of all trades for this club.  At six-feet-six-inches with great athleticism, Romich consistently makes his presence felt around the rim, but the versatile forward also has the skills to do some damage from the perimeter.  Chris Wilcox and Derek McCaffrey join Romich to form an experienced and talented senior trio capable of leading GD to a title in the central division.

•  St. Bernard’s Central Catholic – With John Henault and Andrew Gosselin on board St. Bernard’s has the best one-two punch in the central portion of the state and appears to be Dunstable’s biggest competition.

•  Lunenburg – D.J. Guillette put up nearly 25 points per game last year as a junior and he returns to make Lunenburg dangerous.

•  Tantasqua – They return some experience after knocking off Dunstable in the state tournament and then falling to eventual champion St. Bernard’s by a point in the regional semi-final.