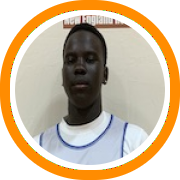 The grassroots season may be well behind us, but the Mass Rivals were in the headlines last week as the alums kept delivering good news.

Thus it seemed the perfect time to circle back and recap what we saw when the Be Seen tour rolled through town to see Vin Pastore, Tom Nelson, Scott Hazelton, and the rest of the Rivals program earlier this year.

The Rivals have a proud tradition, especially over the course of the last decade. They’ve won national championships, produced pros, been in the green room on draft night, and sent countless players on to all levels of college basketball.

Last spring, when the pandemic shut down the basketball world, they were again ahead of the curve, figuring out zoom early and using that to keep their players active and working on their game from the safety of their own respective driveways, basements, or backyards.

Simultaneously, they were getting their seniors committed. Lyndel Erold committed to Brown. Tyler Whitney-Sidney to Lehigh. Casey Simmons to Northwestern. Gianni Thompson to Boston College. Kyrell Luc to Holy Cross. Gus Larson to Penn. And Cam Tongue was already pledged to Santa Clara. That’s seven D1 players in the class of 2021, two to the high-major level and all seven to elite academic institutions.

The focus in the gym on the night we watched though was already all about the future. Here’s a look at the players that stood out:

Chris Rey, Beaver Country Day – His combination of size and skill, specifically with his shooting stroke, is tailor made for the modern game. Rey is 6-foot-7 with beautiful shooting mechanics and the deep range to match. He’s continuing to evolve athletically, moving well, and starting to rebound the ball at a higher rate.

Max Poulton, Rivers – The Rivals may have their own version of the splash brothers next spring with Poulton being the other half of the duo. He not only shoots it at a high-level from behind the three-point line but he moves without the ball, runs the floor hard in transition, and understands how to come off screens and make shots with precision.

Darrel Yepdo, Brooks – He’ll follow a long and storied tradition of lead guards to come out of this program. Loaded with intangibles, Yepdo has done well to become a full time point guard. He’s athletic with very good speed north to south and compact power to match. He can get into the seems of a defense, make plays for others, and knock down open shots.

Jarrel Okorougo, Brimmer & May – Another program veteran, Okorouo has made steady strides in his game over the last two years. He’s a long and athletic 6-foot-4 wing with a wiry build who aggressively attacks the rim, finishes above it with regularity, and has developed a steady pull-up game as well.

Sam Kodi, Bradford Christian – Kodi has a combination of power and athletic pop that makes him an intriguing prospect. He plays with an attacking style, has a quick first step, can absorb contact, and finish well at the rim in traffic.

AJ Lesburt, Bradford Christian – Lesburt looks like a prospect on the rise and ready to make a name for himself this spring. He has good perimeter size, is building up his body, becoming more athletic, and has a solid skill-set and shooting stroke to match.

Mekhi Dedrick Boston English – One of the top prospects in the city, Dedrick is smooth and instinctive off the bounce.  He shows high-level flashes with the burst to beat his defender, stay on a straight line, and then either finish himself or drop off dimes as a high-level passer.

Jordan Clayton, Lexington Christian – He looks like just the type of high-intangibles role player that every team needs. He’s hard-working with good instincts and leadership tools. He plays with energy and makes winning plays but also has the first-step and handle to create.

George Turkson, Lowell – Whenever Pastore gets this excited about a young prospect, the results have historically spoken for themselves. Well, Turkson is the next guy in that line. The 6-foot-6 forward is raw and a work in progress but he’s long and athletic, has a nose for the ball on the glass, and a shot-blocking instinct. He’s in the process of expanding his game to the perimeter and seems to be embracing the opportunity to get coached hard.

Bryce Dortch, Dexter Southfield – Already a well-known young prospect, Dortch has good size on the wing with emerging guard skills and a high-ceiling because of it. Like Turkson, he’s still young and raw, but he has the natural tools, fluidity, and with time still on his side, his future should be bright.

Will Lobor, Tabor Academy - A big man who is expanding his game to the perimeter, Lobor is learning to play multiple positions and impact the game in different ways. He can face-up and drive the ball, is a developinging shooter, and can already finish with authority. He's also added a handful of early offers this fall.

Edrick Quezada, Brimmer & May – Few young players have shown as much improvement in the last 12-18 months. He’s expanded his perimeter skills, developed a nice shooting stroke, and shows no signs of slowing his progression with the size to be a mismatch problem.

Kur Teng, Bradford Christian - Another highly talented youngster, Teng has pace and instincts beyond his years. He's already an elite level scorer relative to his age group who can get buckets at all three levels. As he continues to mature, he could be another high-level prospect for this club.

Jayden Colon, Bradford Christian - Yet another member of a talented young BCA core, Colon is a lefty who owns a natural feel for the game, soft touch, and potential to play multiple positions. He's strong, physical, and a consequent mismatch problem with versatility.

Others Prospects to Note

• Junior Efosa (Haverhill ‘21) is a 6’3” unsigned senior and exceptional athlete who is in the process of expanding his game to the perimeter;
• Loban Talbot (Woodstock ’21) is known for his three-point shooting, and for good reason, but is also expanding his game off the dribble;
• Isaac Allen (Methuen ’22) is a high IQ guard who gets himself to all the right places and knows how to find his shooters;
• Isaac Bonilla (Central Catholic ’22) is a known shooter who lived up to his reputation on the day we watched;
• Umari Seney (Tewksbury ’23) is a talented underclassman who has a quick first step, knack for scoring the ball, and has reportedly made huge strides in the last year.