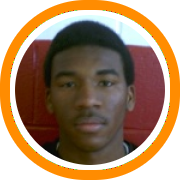 Sometimes all it takes is one good performance to jump start your recruitment.

For Tim Johnson that performance came four and a half weeks ago at the National Prep School Invitational.  It was the second game of the morning as Johnson and his Lee Academy team took on Stoneridge Prep from California.  A pretty good crowd of college coaches had gathered by the 10:30 tip time.

Two hours later Tim Johnson’s recruitment looked a whole lot different.  The Illinois native had seized the opportunity to impress those coaches as he showed them not just his trademark athleticism but also a much improved skill set as well as the defensive ability to be able to pick his man up full court.

There was literally a line of college coaches waiting to speak with Lee head coach Jim Graffam after the game, and a day later Johnson had a whole new list of schools.

In the four weeks that have followed, Johnson has gotten a first hand look at many of those schools.  He visited LaSalle and Missouri State unofficially, took an official visit to George Washington last weekend, and had a trip planned to Central Florida.

But after being on GW’s campus last week, Johnson decided he had seen all he needed to see.

“From the moment I was on G.W.’s campus I knew that’s where I wanted to be,” he told the New England Recruiting Report.

Two days after returning from that visit, Johnson made it official as he called head coach Karl Hobbs and made a verbal commitment.

“I wanted to play for Coach Hobbs,” he said.  “Going to G.W. is going to help me after I’m done playing basketball, and if I wanted to play at the next level he would be the coach to get me there.  That’s a dream but why not shoot for it?”

Johnson’s commitment to the Atlantic 10 School comes in his second year at Lee Academy.  He was a role player his first season, known primarily for his explosive leaping ability.  But he continued to work hard to expand his skills and consequently inherited a marquee role on this year’s Lee team.

“I was playing behind a few great guys last year in Nate Tomlinson (Colorado) and Chris Bass (LSU), so I had the opportunity to learn quite a bit,” Johnson said.  “But my hard work has been consistent.  I wanted to get away from being one dimensional…just a jumper.  So I started trying to guard people full court and also worked on my skills.  Last year I’d go a few games without making a three.  This year I’m shooting around 35%.  That’s not great but it’s not bad.”

The progression from last year to this year has been easy for observing evaluators to see.  As he said, Johnson is making a much improved impact on the defensive end of the floor while showing the ability to score in a variety of ways offensively – he can hit the three, has a great mid-range shooting touch, can score some with his back to the basket, and of course he remains a threat to rise up and dunk on a contesting defender at just about anytime.

But that’s not the only thing that’s changed about Johnson since last year.

“I have a thick afro right now.  Last year my team and I made a bet that I couldn’t cut my hair until I committed to a college,” he explained.  “I haven’t cut it in about a year and a half and now it’s going to be coming off soon.  That may be the best part about everything.”