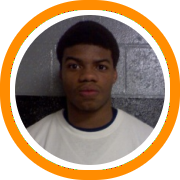 Bridgton Academy’s Dashun Wiggins has already committed to the Big East and Seton Hall, but he isn’t even the top prospect in the state of Maine in our opinion.

That distinction goes to Lee Academy’s Keith Coleman.  While Wiggins is a more polished player than Coleman is today, the Lee big man has an overwhelming amount of physical gifts that give him tremendous long term potential and are sure to get high-major coaches drooling.

Beyond the two newly arrived prep products is one of the deepest and most talented classes we’ve seen in recent years at the high school level.  With a handful of players who have legitimate scholarship aspirations, we consider this to be among the best classes the state has produced in recent years.

Ranking this group of public school players is no easy task as they are similar in many ways beyond just their still currently undetermined future level of play.

We went with Andrew Shaw as the top high school prospect and third ranked player overall in the state.  The six-foot-five forward has the combination of size and perimeter skill that has become so appealing to college coaches in recent years while he is also the only one to boast a division I offer (to our knowledge) after Albany put it on the table last summer.

The fourth overall prospect is Alex Furness.  He’s not the second best player right now in our opinion, but his size and length in the backcourt, along with a sound skill set, and potentially even some point guard abilities gives him very intriguing potential.

Fifth overall and third in the high schools is Cam Shorey.  At 6’5” many will assume he’s too undersized to play the interior at the scholarship level but with his enormous upper body strength, sheer power, and hard-working approach to the game we think he is more the exception than the rule.

Tyler McFarland could very well be the state’s best junior right now but we would like to see him become more of an inside-out threat in preparation for the next level.  He comes in at sixth on our list.

Seventh overall is Keegan Pieri, a guy we were immediately intrigued by when seeing him in person for the first time last summer.  The former point guard turned forward following a growth spurt has some definite scholarship level tools.

Graham Safford is eighth and easily a guy who could be higher on this list.  After missing most of the AAU season last year we are very anxious to watch him compete against a high level of competition this spring and summer.

Three-point specialist James Ek comes in at ninth, and while he will no doubt be discriminated against because of his size, anyone who shoots the ball as well as he does is worth a look.

Rounding out the top ten is Zach Blodgett an undersized forward from Bangor high school who we liked more and more every time we saw him this past AAU season.