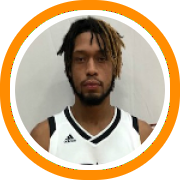 He was previously committed to Manhattan but re-opened his recruitment following the conclusion of the season.

Lin is a native of Taiwan who has been dubbed “the next Jeremy Lin” and developed an intense following in his home country. He played in the Jordan Brand International Game back in 2016 and was the focus of an ESPN feature in 20017.

He came to the United States in 2015 after growing up in Taiwan, where both of his parents had previously played for the national team. He spent his senior season with Hargrave Military Academy’s high school team before arriving at St. Andrew’s in September.

Lin averaged 17 points, 3 rebounds, and 3 assists per game this year while shooting 46% from the three-point line and 91% from the free-throw line while earning All-New England honors in Class A and helping lead the Saints to the AA championship.

“I’m very happy that Benson will attend one of the top business schools in the country and play for a dedicated coaching staff that fits his style of play-press, trap, run, score," St. Andrew's head coach Micahel Hart said. "Ben was as good a three-point shooter as anyone in the NEPSAC this past season and should thrive in Jared Grasso’s Bryant system.”

Lin is the third local prep product to commit to the Bulldogs in the class of 2019 as he joins the Putnam Science duo of Charles Pride and Nate Stokes.