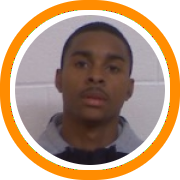 Danny Lawhorn will be transferring out of Hartford Public High School following the conclusion of his junior year and moving on to the South Kent School.

Lawhorn is already committed to Boston College, having made a verbal commitment to Eagles Head Coach Al Skinner in December.

Lawhorn was Hartford Public’s third leading scorer this year at 13.5 points per game, but was expected to be the cornerstone of the Owls program next year as a senior.

Instead he’ll head to South Kent to play in arguably the most competitive conference in the country, Class A of the NEPSAC.

While at South Kent, Lawhorn will look to solidify his status as a qualifier in the NCAA Clearinghouse while also preparing for college basketball.

Best known for his incredible quickness and handle, the lean point guard is a natural playmaker.  But he will need to become intimately familiar with the Cardinal weight room before he is ready to handle the physical demands of playing in the ACC.

He’ll be joining a South Kent program that is coming off arguably their most successful season in school history behind first year head coach Kelvin Jefferson, who led the team to the Class A regular season title.

Lawhorn has bounced around a bit this spring on the AAU circuit.  He began the season for the Connecticut Basketball Club and then spent time with both the Unique All-Stars and Connecticut Select.  But he seems to have found a home in the last few weeks as he’s suited up for the New York Panthers and anchored the team as the starting point guard.  Other New England prep products Rod Odom and Winston Graham also run with the Panthers.