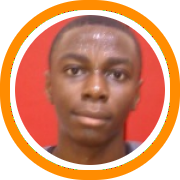 The best game of the morning featured a matchup of two of the camp’s best rising eighth graders: Ryan Perron and Sam Dowden. Perron was lights out from behind the arc, and Dowden was unstoppable inside. The game went down to the wire before, Sean Myers, a talented wing scorer, hit a running shot at the buzzer to win the game for his team.

The afternoon showcased two of the premiere big men in the older division. Shancor Privott is a load to handle in the post, as he possesses strength and a soft touch. Joshua Downes, on the other hand, runs the floor exceptionally and possesses astounding agility for a player his size. In the end, Downes’ speed and versatility was too much to handle, as he led his team to a victory.

The nighttime had more excitement in store. In a game in the younger division, Ken Miyakhi got wherever he wanted on the floor and hit an assortment of runners and floaters when he was in the lane. Dillon Russo starred for the opposition with offensive rebounds and finishes. The story of the game, however, was Ryan Dean, who pressured the ball and scored from the outside. Down the stretch, it was Dean’s crucial steal that sealed the victory for his team.

Here are some other players who shined on Saturday:

Conor O’Brien, 2014- O’Brien is a 2 guard who loves to shoot the three. And when he gets hot, O’Brien can change games. He is a great guy to have because he stretches the defense and opens up the floor for penetration opportunities for others.

Tyler Robinson, 2012- A point guard who really control a game, Robinson has been one of the best floor generals at camp. He is very good in the pick and roll game because he is a threat from deep. At camp this week, Robinson has capitalized on soft hedges with threes on numerous occasions.

Michael Carbone, 2013- Strong and physical from the wing position, Carbone defends as well as anyone at camp. What he lacks in athleticism, he makes up for with desire and work ethic. Carbone is a coach’s dream.

Tyler Kimble, 2012- Kimble is the quintessential hustle player. He dives for loose balls, is scrappy on the boards, and is extremely unselfish. Not to mention, he has also demonstrated the ability to shoot the three.

Darren Wilson, 2012- This young combo guard is bound to be a very good high school basketball player. He has the total package offensively. He is quick off the dribble, solid in the mid-range, and a very good catch and shoot player. Expect big things out of this player in the years to come.

Steven Parr, 2012- Parr is a power forward with a very solid skill set. He can handle and shoot off the dribble very well for a kid his size. Parr’s best asset however, may be his attitude. He clearly loves the game of basketball and is always trying to get better.

Mickey Adams, 2013- Adams is a 2 guard who attacks the basket. He has a solid repertoire of finishes and dribble moves, making him tough off the dribble. He is also a kid who plays with a great deal of fire and intensity.

Pierson Butler, 2013- A small guard who knocks down shots, Butler is a great motion offense player. He moves the ball and plays very unselfishly in addition to stretching the defense with his shooting ability.

Richard Lonks, 2013- A little man with tremendous passion for the game, Lonks is the type of player every coach wants. He has a phenomenal work ethic, and with more repetition, he could become a lethal jump shooter.

Ryan Dean, 2013- Dean is a great on-ball defender and an extremely reliable player. Tough and hard-nosed, Dean rarely makes mistakes or turnovers. Additionally, he excels in transition with his open court dribble moves. In his morning game today, he shut down the opposing team’s most talented offensive player.

Nick Koeppel, 2014- Koeppel provides suffocating ball pressure when he is the game; he is an opposing guard’s nightmare. Offensively, he is a proficient three point shooter and possesses a very high I.Q.

Ian Marx, 2015- A more than capable finisher, Marx is the prototypical garbage man. He is often the first player to loose balls and rebounds, and he uses his body effectively in order to finish.

Christian Boivin, 2014- Deadly from mid-range, Boivin is terrific off the catch and dribble. He also displays unique creativity around the rim. He has made several acrobatic finishes this week.

Pat Kelly, 2013- One of the more complete players at camp this week is Pat Kelly. He is solid and dependable in every aspect of the game. A remarkable passer, Kelly finds open shooters once he gets into the lane. He also has a devastating hook shot, which he is capable of making with either hand.

Matthew Field, 2012- Field compensates for his lack of size with his highly developed skill set. He has a pure stroke and a tight handle. He is as fundamentally sound a player as there is at camp this week.

Kevin Morris, 2012- A lunch-pail type big man, Morris works hard on the glass every minute he is in the basketball game. He is an aggressive post defender, and he sets good screens. Morris appears to be one of the fiercest competitors at camp.

Harry Demosthene, 2013- Demosthene is a combo guard who can handle and shoot. He has also displayed great athleticism and leaping ability. With his tools, Demosthene has the potential to be a menace on the defensive end.

ZaShawn Duncan, 2012- An intriguing point guard prospect, Duncan can really run the show. He loves to push the ball up the floor and find people in transition. Duncan is the definition of a pure point guard; he has been an assist machine this week.

Benjamin Hoban, 2012- Hoban is another great floor general. He has tremendous vision and court awareness, allowing him to distribute and find others. Very comfortable with the ball in his hands, Hoban holds his own against pressure. Hoban has certainly impressed us this week as rising freshman guard.

Ryan Evans, 2012- Evans absolutely never takes a play off. He battles hard on the interior and rebounds with ferocity. He is a hustle guy and a banger.

Zaman Kalilou, 2013- Kalilou is one of the best ball hawkers we have seen this week. He pesters opposing point guards immediately once they cross half court. On the offensive end, Kalilou is terrific off the dribble getting into the paint.

Shane Cooney, 2014- This little guy spreads the floor with his shot-making ability. He has made a living this week off of drive and kick situations. He is especially effective from the baseline.

Brendan Morris, 2015- Morris is a post player who rebounds diligently and fights for every loose ball. His best attribute is his ability to throw pinpoint outlet passes to start the fast break.

Chris Cahoon, 2013- Finishing with strength is what Cahoon does best. He draws contact underneath the hoop and is not deterred. He uses his body extremely well to create space and get his shots off inside. Cahoon simply will not be denied around the rim.

Mike Flemming, 2012- An all around steady player, Fleming came up big for his team on Saturday afternoon. He knocked down a couple big threes and caused problems for the opposition with his pressure on the ball. Overall, Fleming is a mistake-free guard whose on-floor presence is vital to his team’s performance.