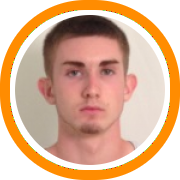 Demetri Lewis, Johnnie Vassar, Jonathan Joseph, Juwan Gooding (pictured above), Aaron Calixte, Charles Correa, Justin McDonald, Colin Richey, and Cornelius Tyson all stood out as players who have the talent and potential to be stars down the road.

Lewis showed arguably better leadership ability than any other player as he was vocal with his teammates, constantly working, and tremendously unselfish.  He’s also a uniquely talented playmaker with a terrific feel for the game.

Vassar is a super smooth and composed lead guard who can score with his patented pull-up jumper or by breaking his man down off the dribble.  He’ll also make the defense pay for watching him as he has great floor vision and passing ability to match.

Joseph and Gooding were the top 6th graders at the event.  Both are incredible and already complete packages offensively who can shoot it from deep, drive it to the rim, and finish against contact.

Calixte has all the physical tools with great athleticism, quickness, and a tremendous first step.  His dribble penetration was the key to his success as he could create shots for himself and his teammates at virtually anytime.

Speaking of guys that can do it all offensively, Charles Correa certainly fits into that category as he is great with the ball in his hands showing a tight handle, a dependable jump shot, and a gear beyond most others.

McDonald (pictured) and Richey are two guys that stood out from the competition by being exceptionally well schooled in the game, showing both a tremendous fundamental base and also fantastic basketball I.Q.’s.

Tyson is a big point guard and playmaking extraordinaire.  He seemingly has eyes all around his head and can do things with the ball that most others his age wouldn’t even dream of.

And how about the play of Tyler Rowe, the little guy proved good things come in small packages as he dazzled the crowd with his prowess off the dribble.

Jackson Donahue – A great passer, shooter, and playmaker who has all the makings of a very efficient and effective guard

Jalen Adams – The young guard looked like a young Allen Iverson, keeping his dribble while weaving in and out of defenders on his way to the rim.  He even had the arm sleeve to match the NBA star.

A.J. Maestas – A true stopper on the defensive end and a valuable contributor offensively with his ability to get to the rim and finish against bigger players.  Considering the 7th grader is 5’8” with size 13 shoes, his best days are certainly ahead of him.

Peter Bocchino – A 5’0” guard Bocchino surprised some people early, but by the end of the day everyone knew who he was as he made shots from deep, showed great footwork, and a deceptive ability to attack off the dribble.

Juan Velez – A pure point guard, Velez already understands how to make those around him better with his terrific court vision and passing ability

Dizel Wright – A point guard who is always in attack mode, Wright is virtually impossible to keep out of the lane

Jaylen Blakely – Has a picture perfect release to his jumper, but is equally effective slashing to the basket which makes him a super dangerous scoring guard

Tom Hunt – The Smithfield, Rhode Island native is a pure shooter who can stroke the ball from virtually anywhere inside of 25 feet

As we mentioned yesterday, the most important thing for any young player is a commitment to getting better.  The easiest place to see which players understand that concept is in skill work, and so it is necessary to recognize the following players for giving their all during that time and showing great improvement over the 90 minute session:  Richard Canon from Boston College High School; Matt O’Leary from Parker Middle School; Kyle Rodegner from RHAM; Ryan Dean from Hampshire Regional High School; Brian Mukasa from Sharon Middle School; and Avalon McLaren from Gilmore Academy.

Connor Costello – An extremely hard-working you guard with a good feel for the game and a well rounded skill set.

Matt Swalboski – A great spot up shooter, Swalboski is a point guard who can also handle the ball and run a team

Reynaldo Perez – A tremendous defender who blocked shots, came up with steals, and then finished plays with both hands in transition

Adam Ek – A guard who caught our eye with his great decision making, Ek looks like a future floor general for some lucky program in Maine

Connor Deegan – An impressive spot up shooter, especially in transition, he also impressed with his ability to handle the ball

Shane Farley – A true combo guard, Farley can be effective both running the team from the point or serving as more of a scorer at the two-guard position

Nick Koeppel – Very proficient at getting to the rim by changing speeds off the dribble, also has a ton of intangibles with his hard working approach and willingness to dive on the floor

Patrick Kelly – A skilled point guard with a great one dribble pull-up, he also passes well and defends well away from the ball

Sean Ryan-Kut – A little guy with a lethal jump shot, Ryan-Kut made the defense pay every time they left him open

Marcus Middleton – Typically a point guard, Middleton played primarily off the ball today and consequently showed he could score, especially in transition

Kareem Davis Jr. – Just a 6th grader, Davis has game beyond his years as he more than held his own against kids often times two years older

Michael Algeri – He can score the ball when necessary but shows signs of being a true pass-first, shoot-second type of floor general

Justin Stewart – Just a 6th grader, Stewart is a young point guard who already possesses a good understanding of the game

Brendin Woodard – The mid-range game is a lost art, but not to Woodard, who excelled with his mid-range jumper all day long